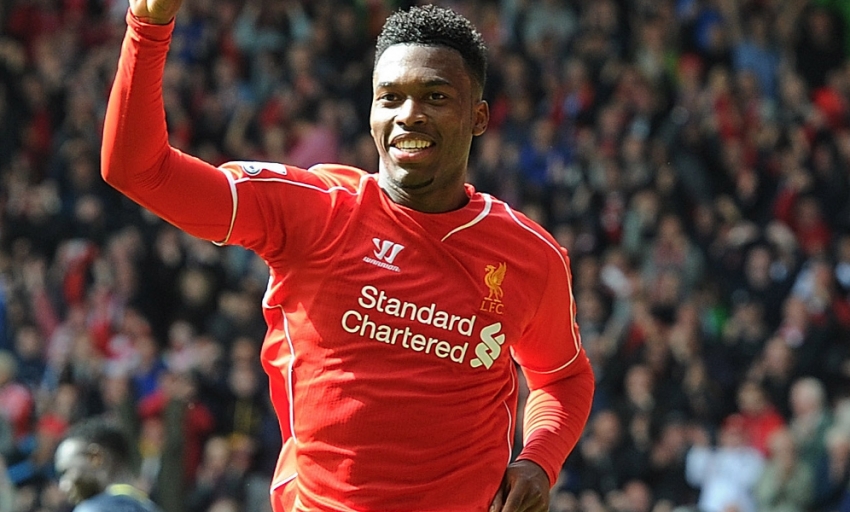 Daniel Sturridge tapped home from close range with little over 10 minutes remaining to ensure Liverpool kicked off their 2014-15 campaign with a narrow 2-1 win over a determined Southampton at Anfield.

Raheem Sterling capitalised on outstanding work by Jordan Henderson to coolly send his side ahead midway through the opening period, but the Saints struck back via the boot of full-back Nathaniel Clyne shortly after the restart.

But it was Sturridge who had the decisive say on the final result, contorting his body perfectly to redirect Sterling's header back into the danger area beyond Fraser Forster to snatch a crucial winner for Brendan Rodgers' charges.

The manager's maiden starting XI featured the return of Lucas Leiva in midfield and, notably, competitive debuts for summer signings Dejan Lovren and Javier Manquillo inside a packed stadium ready to inspire their team to an opening day victory.

After six minutes of gauging the different players and challenges of a new season, Sterling galloped in behind the Southampton defence from his left-wing starting berth to marry with a bobbling Sturridge pass but was forced too wide by Jose Fonte to genuinely threaten.

The Reds' No.15 took an altogether more direct approach seconds later by simply launching an angled drive toward the top corner from fully 30 yards that sailed narrowly off target. Referee Mark Clattenburg was uninterested when the striker was then felled by Maya Yoshida at the edge of the penalty area.

With the Anfield clock showing 20 minutes, Sterling again penetrated the visiting backline; Lovren passed into Philippe Coutinho, who in turn found his attacking colleague. The eventual left-footer was at a comfortable height for Forster to calmly collect, however.

The pressure was clearly increasing, though, and three minutes on, it told. And pressure was the key word - Henderson closed down on halfway and refused to concede defeat, winning back possession and immediately clipping a sensational 40-yard ball through the middle and into the run of Sterling. This time the 19-year-old was totally free and he picked out the bottom corner for 1-0.

When afforded the opportunity, Ronald Koeman's side were showing the smart distribution and diligent ethic that characterised their efforts in 2013-14. But their closest attempt to date actually originated from a swinging set-piece by James Ward-Prowse that needed to be tipped over at the final moment by Simon Mignolet.

It was the same opponent who subsequently shaped to shoot from 20 yards but merely directed into the grateful hands of the Liverpool goalkeeper. Morgan Schneiderlin must have thought his vicious hit from the left corner of Reds territory was going to nestle in, but Mignolet leaped to claw over the crossbar.

There was still time in the period for Henderson to tee up Sterling once more, but the forward's quick-thinking blast at the Kop end was acrobatically palmed out by Forster, ensuring that the two teams paused for a break with the scoreline unaltered.

The Saints controlled the fledgling stages of the second half but when a response was mustered, it was the trident of Lovren, Coutinho and Sterling that created an opening. But the latter's punt off the laces as he edged wider was little danger to the travellers' goal.

At the other end, the net was soon bulging. Stationed on the right flank, Clyne clipped a low, diagonal pass into Dusan Tadic a yard inside the Liverpool box and scampered onto the clever back-flick, before slamming an unstoppable finish into the roof of the net for a well-crafted equaliser.

For all that Mignolet could do nothing about that strike, the hosts had the Belgian stopper to thank for maintaining parity when Southampton sliced open the defence along the left channel and worked possession to Steven Davis, who was completely free to side-foot at goal but saw his attempt thwarted.

Kopites rose when Glen Johnson worked the ball inside from the left to substitute Joe Allen and in turn it was knocked on to Henderson - the England international could only drag his strike wide as the encounter entered its final quarter-hour tantalisingly poised.

No matter, the ground was entitled to erupt on 79 minutes. Henderson's centre was not adequately cleared by the Saints, allowing Sterling to powerfully head back into the danger area, where Sturridge was the right man in the right place at the right time.

Still there was drama, though. A direct attack by the visitors resulted in Schneiderlin cracking an effort that Mignolet incredibly tipped against the crossbar - and down but not over the line. Shane Long pounced but nodded the rebound wide, meaning Liverpool finally took the spoils.