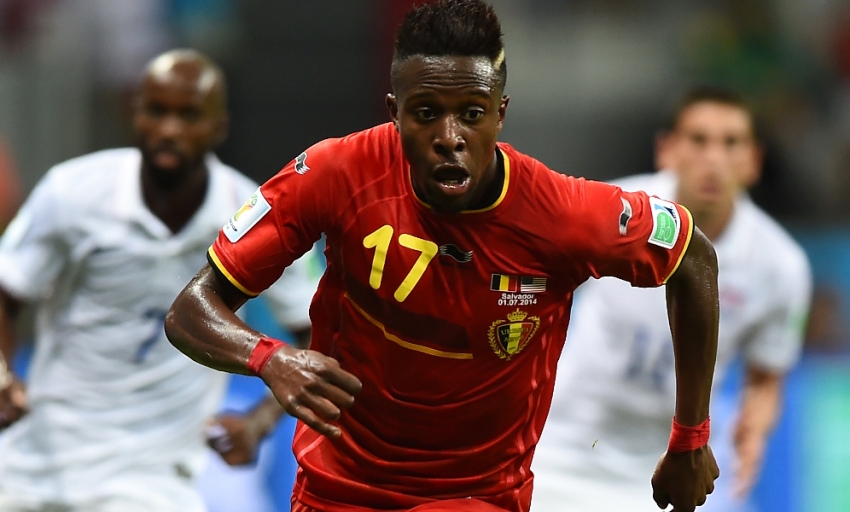 Belgian striker Divock Origi has become the latest player to arrive at Liverpool this summer, and to bring you up to speed with the newest recruit, here's some facts about the 19-year-old.

Having joined French club Lille as a 15-year-old from Belgian side Genk, Divock made his senior debut last February, coming off the bench to score in his first appearance against Troyes in Ligue 1. He has since made 40 league appearances for the outfit where he will spend 2014-15 on loan.

His goal against Troyes made him the third youngest scorer in Lille's history, at 17 years and five months, behind Eden Hazard and Kevin Mirallas.

He also found the back of the net on his full debut for the club the following season, the only goal in a 1-0 win against Lorient.

Divock certainly comes from a footballing family and was also eligible to represent Kenya, for whom his father, Mike, is a former international. The latter also played for Genk, where Origi began his career. Several of his uncles have played at professional level in Kenya too while his cousin Arnold, a Kenyan international goalkeeper, plays for Norwegian side Lillestrom.

A shining star for Belgium during this summer's World Cup, Origi made his senior debut at the competition in the opening game against Algeria, having only made his U21 debut in March.

He was a surprise addition to Marc Wilmots' squad for the World Cup in light of an injury to Christian Benteke. The Belgian coach explained: "I listened to my stomach. And my gut told me that Origi's profile is close to that of Benteke's."

It proved to be a wise decision, as in his second game at the finals, against Russia, Divock scored the winning goal that ensured Belgian's qualification to the knockout rounds and in doing so became the competition's youngest scorer at that point.

What's more, he also became the youngest Belgian goalscorer at a World Cup finals and the first player of Kenyan descent to score at the tournament.

That goal, and his performances in general in Brazil, made him a favourite with the Belgian supporters and sparked some unusual tributes back home. A new-born dolphin in the Boudewijn Seapark in Bruges was named Origi, while a techno tribute was released by DJ Ronny Mosuse in which the lyrics consisted entirely of the striker's name.

He becomes only the second Belgian to represent Liverpool, together with goalkeeper Simon Mignolet, and the 14th Belgian to currently play in the Barclays Premier League.