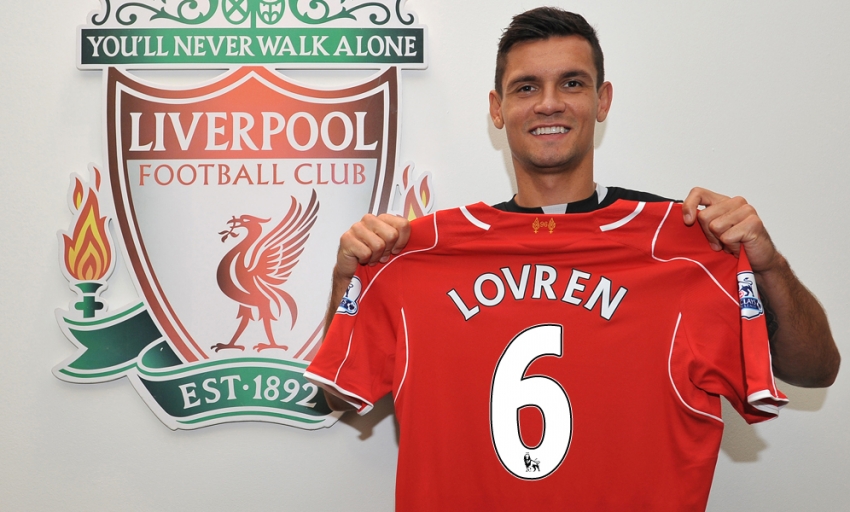 'Playing at Anfield was surreal'

Liverpool have confirmed that new signing Dejan Lovren will wear the famous No.6 jersey for the 2014-15 season.

The Croatian international, who became Brendan Rodgers' fifth signing of the summer, will follow in the footsteps of Anfield greats like Alan Hansen and Emlyn Hughes in wearing the shirt.

The most recent occupant of the jersey was Luis Alberto who wore it in the 2013-14 season before he sealed a loan move to Malaga.