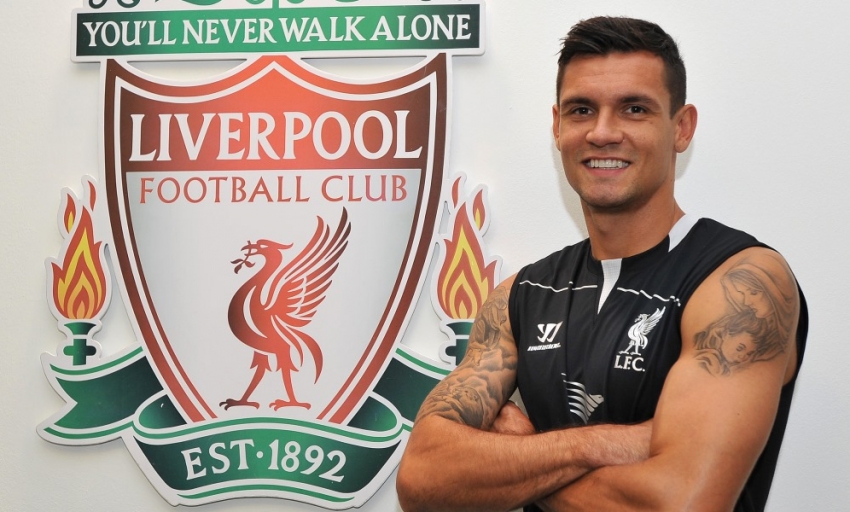 For everything you need to know about Liverpool's new centre-half, Dejan Lovren, take a look through our complete guide to the 25-year-old Croatia international.

Dejan Lovren, born July 5 1989, is a Croatian footballer who plays as a central defender for Liverpool in the Premier League and for the Croatian national team. Lovren has previously played for GNK Dinamo Zagreb and Olympique Lyonnais, where he won the Coupe de France, and in 2013, he signed for Southampton.

Although born in Yugoslavia, present-day Bosnia and Herzegovina, Lovren has represented Croatia at many levels and has been a full international since 2009. He has gone on to make more than 25 appearances and score two goals for his country, as well as being selected for the 2014 FIFA World Cup in Brazil.

Lovren has already won a number of honours for the clubs he's represented, including two Croatian championships, one Croatian Cup and one Coupe de France.

In November 2010, Lovren was also listed in the Don Balon list of the 100 best young players in the world, alongside the likes of Gareth Bale, Mario Balotelli, Mario Gotze, Neymar, and our very own Philippe Coutinho, Jordan Henderson and Mamadou Sakho.

During the 2013-14 season for the Saints, Dejan made 31 league appearances and went on to play for Croatia at the World Cup finals in Brazil. He even netted the only goal of the game as Southampton beat Liverpool 1-0 at Anfield last September.

Mauricio Pochettino, former Southampton manager: "He is quality as a player, has a presence on the field and he's good at solving difficult situations."

Dejan is good friends with former Liverpool midfielder Igor Biscan. Indeed, the ex-Red even spoke glowingly about the aura of the Kop to our new centre-back. "Igor told me I'll see what it means to play at Anfield and I'll get chills throughout my body," said Lovren.