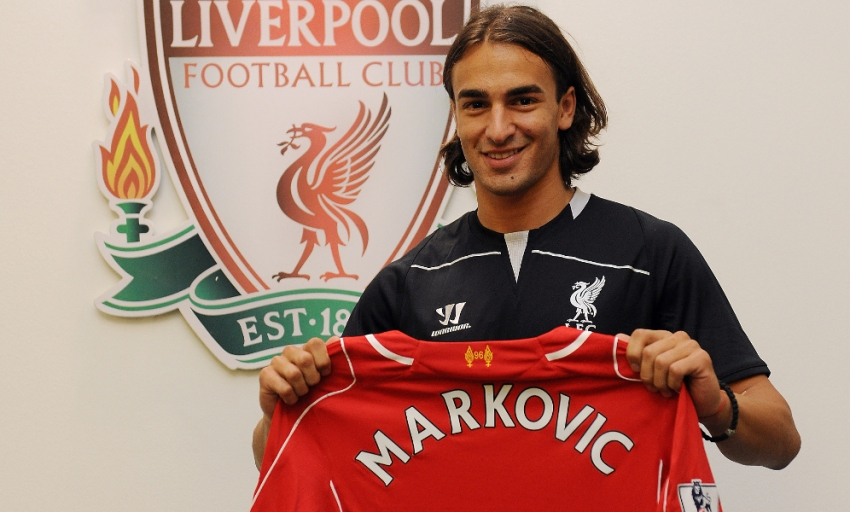 Liverpool FC are delighted to announce the signing of 20-year-old Serbia international Lazar Markovic from Portuguese side Benfica.

The versatile attacker, who is capable of excelling in any forward position, joins the Reds on a long-term deal after a season of remarkable success with the Lisbon-based club.

Markovic clocked up 49 appearances during the 2013-14 campaign and contributed seven goals as Benfica sealed a domestic treble and reached the Europa League final.

Having quickly graduated through his country's youth ranks, the Cacak native made his international debut in February 2012 and is now a regular for his national team.

He becomes Brendan Rodgers' fourth signing of the summer to date, following the confirmation of Rickie Lambert, Adam Lallana and Emre Can as new players for next season.

After completing a medical and the formalities of his switch at Melwood, Markovic told Liverpoolfc.com: "I am very happy that I have joined such a great club.