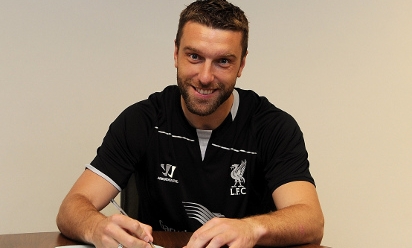 Liverpool Football Club are delighted to announce the signing of Rickie Lambert from Southampton.

The striker, who was on the club's books as a youth player, has put pen to paper on a deal with the Reds after passing a medical at Melwood.

Moments after signing, the boyhood Liverpool fan said: "I can't believe it. I've loved this club all my life. I left here 17 years ago - and I haven't stopped loving it since.

"I know how big Liverpool are - and it means everything to me - but I know what is important; I know it's what I do on the pitch and the minutes I play. I know that's what matters, and that's what I'll be focused on."

Lambert arrives from Southampton where he scored an impressive 117 goals in 235 appearances.