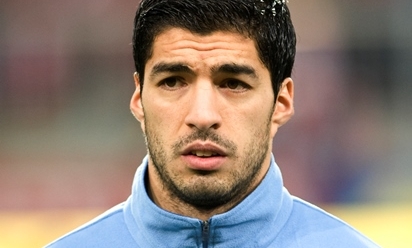 Cafu: I see my style of play in Jon Flanagan

For a role model to follow as an aspiring young striker in Uruguay, Liverpool forward Luis Suarez directed his attention across the River Plate to the country of Argentina.

He did so because his earliest hero, a true goal machine who had the talent to find the net at the highest levels of football, hailed from there - one Gabriel Batistuta.

Blessed with a potent physical combination of strength, agility, touch, control and precision with either foot, plus unerring heading, 'Batigol' remains his nation's record international hit-man.

Suarez, of course, completed his own switch to Merseyside in January 2011, and will seek to replicate the feats of Batistuta when he represents Uruguay at the World Cup this summer.

Ahead of the much-anticipated tournament in Brazil, the 27-year-old told brand new LFC TV series 'World Stars' how his imagination had been captured as a youngster in South America.

"When you are a kid, you want to be like many famous footballers," said the Liverpool No.7, who finished the 2013-14 campaign as the Barclays Premier League top scorer.

"But as I was growing up, there was only one player I looked up to - and that was Batistuta, the Argentina No.9. I always liked his personality and his way of playing."

At the last World Cup, in South Africa in 2010, Suarez starred in helping La Celeste reach the semi-finals of the competition - and he explained where their determination originates from.

He added: "It's a small country but the percentage of players we have is unbelievable. There's a strong desire to achieve and to win something. That's what we have as Uruguayans, that desire."