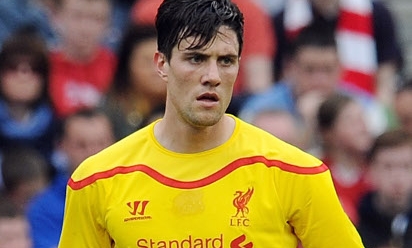 Dunn: I've been working on just that

Brendan Rodgers insists there will be ample opportunity for Liverpool's Martin Kelly to complete his road to recovery and feature for the first team when the 2014-15 campaign gets underway.

Injuries have waylaid the local lad's progress in recent years, to the extent that Kelly has featured just 15 times in total during Rodgers' Reds tenure.

A promising run in the side at the beginning of 2012-13 was brought to a halt when the full-back ruptured his anterior cruciate ligament against Manchester United at Anfield.

The problem sidelined Kelly for more than a year until he was back to face the Red Devils at Old Trafford in the Capital One Cup defeat at the start of last season.

However, since that date in September 2013, Kelly started just twice for the Reds, in FA Cup games against Oldham Athletic and AFC Bournemouth, with six substitute appearances in between.

Rodgers believes all that will change next season, with Liverpool returning to Champions League football, eager to maintain another title challenge as well as push for other domestic honours.

"Martin has been really unfortunate," Rodgers told Liverpoolfc.com. "He was out for a year, he came back this season and at the beginning of the season we put him into some games.

"But as the season wore on and we were concentrating on one game a week, it was very difficult for him to get games.

"He's a quality player and he's a good guy as well - he knows the club inside out. He's been around for a long time and the game against Shamrock Rovers was his first game for a number of months.

"He played at centre-half, as opposed to right-back, where he has played a lot. He's a good guy and there will be games next year for the likes of him to come and play in if we continue to qualify in the copmpetitions."