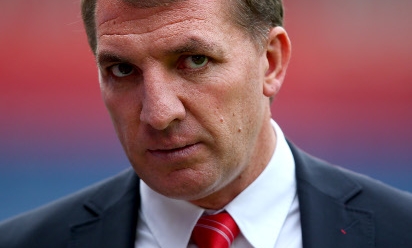 Brendan Rodgers has outlined the next stage in his development of the Liverpool squad – recruiting players with the recognisable quality to compete at Champions League level.

The Reds secured a return to the elite stage of European club football with three fixtures to spare, before ultimately claiming second place in the Barclays Premier League.

Relentless in his pursuit of perfection, however, the manager was already thinking ahead to the summer transfer window within hours of the campaign finale.

"For me, it's about planning," said Rodgers, the League Managers Association's Manager of the Year. "We have the core of the squad now.

"Two years ago, when I came in, I was looking to introduce new ideas but a lot of the players weren't there because of the European Championship.

"That affected the start of the season. At least this summer we have the principles bedded in place and the players that come in will be the profile we want. It should be better for us this summer.

"I don't want to put a figure on how many but I would rather have one or two absolute top players than seven that might not help us.

"It's about the quality. We can't be going into the Champions League this year with doubts about players. We have to be going in knowing what the players' capacity to play is and their capabilities."

With stars from around the world - including a strong contingent from Liverpool - now switching their focus to the World Cup in Brazil, the boss considers preparation to be crucial.

The Northern Irishman added: "Ideally you would want to get things done beforehand but it is difficult because transfers are so complex.

"The World Cup does make it difficult but the club and ourselves have been preparing for quite a few months now so we will try and get the business done as early as we can."