Liverpool FC have every chance of landing their first Premier league title, according to Brazilian legend, Cafu. 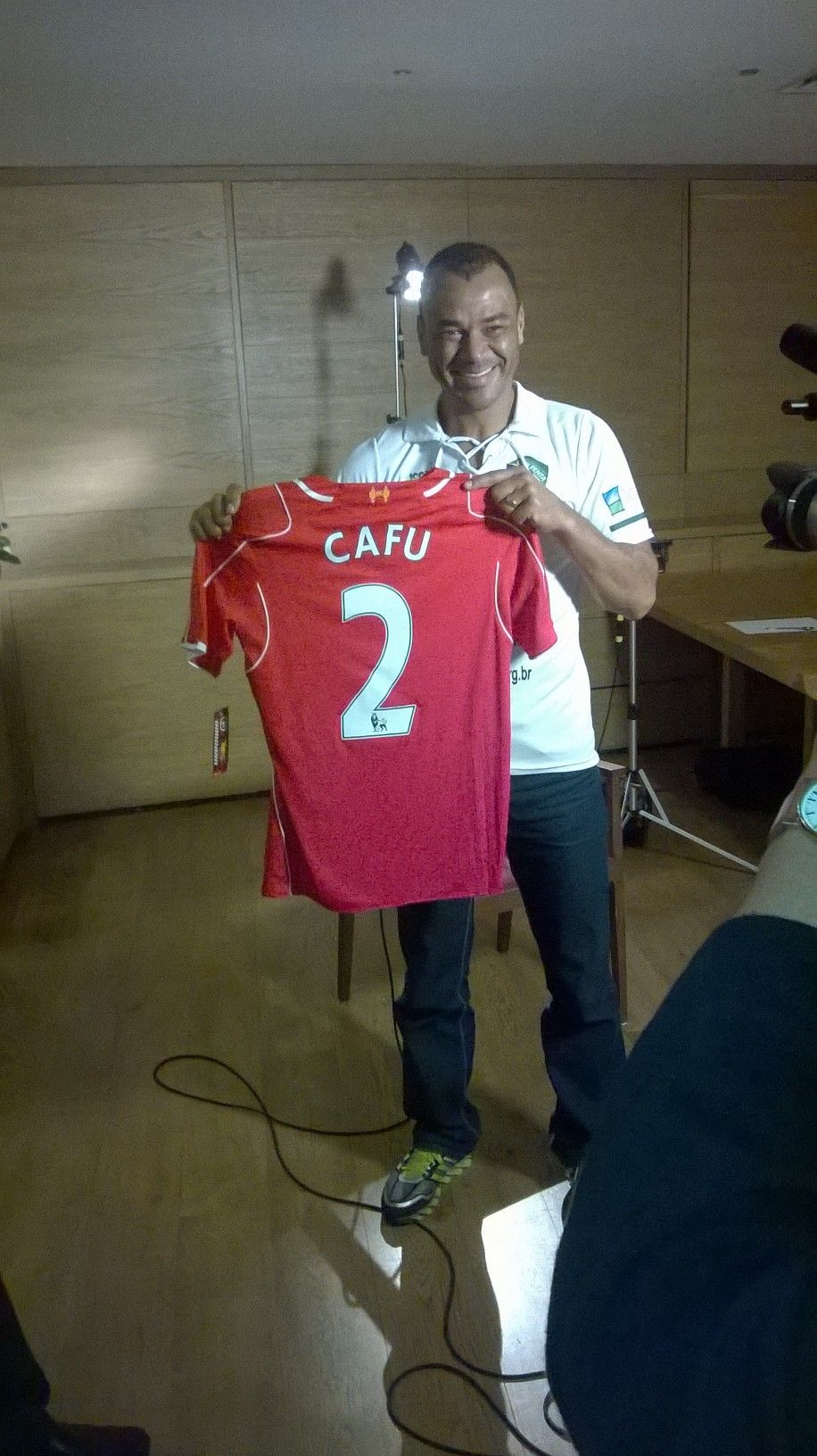 LFCTV caught up with the two time World Cup winner this morning, ahead of the Newcastle clash today at Anfield and suggested that the Reds' 2005 Champions League triumph was evidence that anything is possible in football:

"Of course Liverpool can be champions today, did they not believe they could comeback against Milan in 2005? Liverpool can believe it, everything can happen in football," Cafu claimed.

Cafu will be at a match this afternoon, as guest of Lucas Leiva, and the Brazilian and is looking forward to sampling the unique atmosphere at Anfield.

"I want to see the fantastic Liverpool crowd at Anfield this afternoon. I know they sing and support the team all the time."

You will be able to see our exclusive Cafu interview in full on both LFCTV and the website in the coming days.