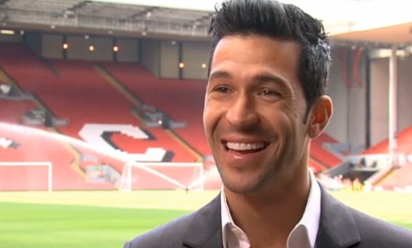 Suso: I still feel a part of Liverpool FC

Luis Garcia made an emotional return to Anfield on Sunday to take in his first Liverpool game since leaving the club in 2007 – and LFCTV GO subscribers can watch our exclusive catch-up with him on demand now.

The Spaniard, who spent three years at the club and scored a number of priceless goals - particularly en route to the Reds' Champions League triumph in 2005 - was introduced to supporters prior to kick-off against Chelsea and afforded a rapturous reception.

Playing commitments meant Garcia had previously been unable to come back to Anfield for a game, but having hung up his boots earlier this year, the 35-year-old made the journey to Merseyside for an emotive reunion with Kopites, who still chant his name to this day.

Prior to his pre-match appearance, our former No.10 chatted to Liverpoolfc.com about his days in Red and also offered his thoughts on Brendan Rodgers' modern-day side.

Garcia spoke candidly about the run to Istanbul, including those goals against Juventus and Chelsea, as well as reflecting in general on his time at the club.

LFCTV GO subscribers can see what he had to say in full by clicking play on the video below. Need a subscription to watch? Sign up now and get 12 months for the price of 10.

Did you miss Garcia's appearance before the Chelsea game? Click play on the videos below to watch it again - and see what he had to say in the interview that followed.