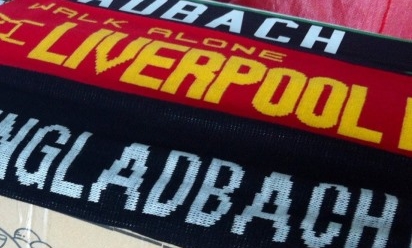 Gerrard: Seeds were sown before August

Fans of German side Borussia Monchengladbach have arranged an enormous contribution of scarves to Liverpool Football Club's plan for a global sign of unity at the Hillsborough memorial service on April 15. 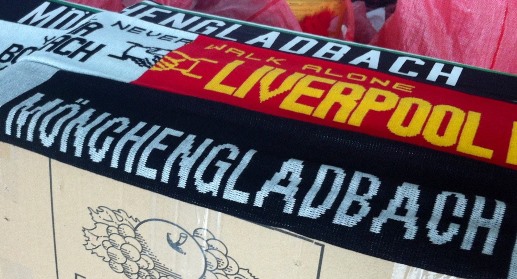 LFC launched a campaign last month encouraging people to commemorate the 96 supporters who lost their lives at the tragedy in 1989, in the year of the 25th anniversary, by making a special donation.

Followers, fans and institutions of any sport - not just football - were asked to submit a scarf, with all those received to be laid out on the pitch at Anfield in the shape of the number '96' on the day of the annual service.

The Reds and Bundesliga outfit Gladbach share a long-standing relationship, having crossed paths in both the 1973 UEFA Cup final and Liverpool's first European Cup triumph, in Rome in May 1977.

Mutual respect between the two clubs was borne out by the delivery of almost 300 scarves to the campaign after Borussia supporters organised a collection during their recent home encounter against Hamburg.

Hundreds of donations continue to arrive ahead of the deadline, with many bearing an additional show of support to the Hillsborough families in the form of a personal note attached to the chosen item.

For example, vice-chair Jeanette Dodd submitted a scarf on behalf of the Liverpool FC Supporters' Committee with a poignant message of remembrance, which can be seen in the picture below.

Local actor Paul Barber, meanwhile, made a personal visit to the club's offices in the city centre to provide his own donation, which also included a tribute to the 96 and can be viewed below too. 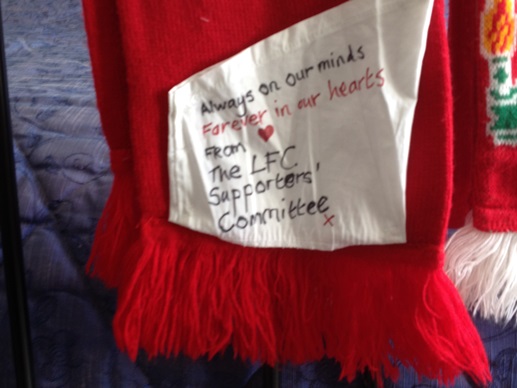 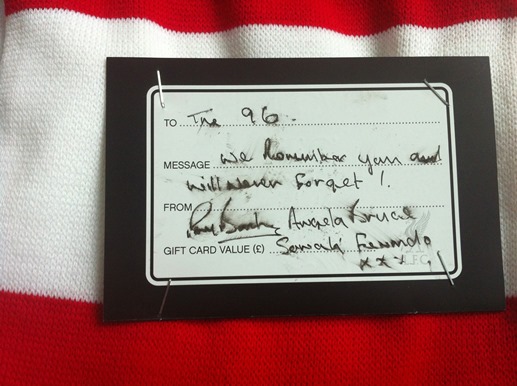 There are three days remaining to submit a scarf from any sport; to guarantee inclusion in the pitch display during the memorial service on April 15, donations must be received by Tuesday, April 8.

International supporters are advised to check international postage times, costs and import logistics ahead of sending their donation; the club will not be able to pay for postage of donated scarves.

After the service, the club's official charity, the Liverpool FC Foundation, will donate all scarves to local good causes, including homeless charities, along with a signed item of LFC memorabilia. Therefore, the club unfortunately will not be able to return donated scarves.