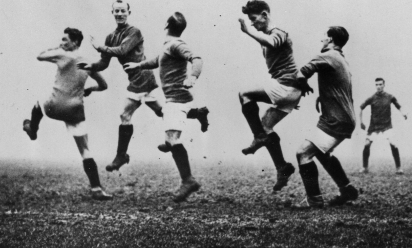 'I couldn't turn down LFC'

Ahead of Liverpool's clash against Arsenal on Sunday, we've picked out a selection pictures that define our rivalry with the Gunners, starting with a snapshot from more than a century ago at the Manor Ground...

Season opener (September 2, 1911)
George Burdett, the Woolwich Arsenal goalkeeper, grips the ball during an opening day encounter against Liverpool. The game ends 2-2. Woolwich Arsenal change their name to Arsenal in 1914. 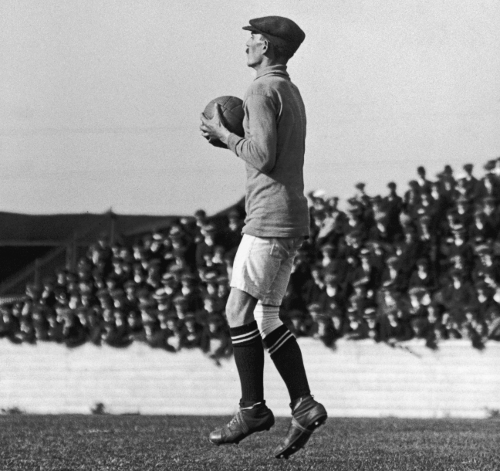 Dirk delight (April 17, 2011)
Dirk Kuyt celebrates equalising from the penalty spot in the 13th minute of added time at the Emirates Stadium. Robin van Persie had broken the deadlock in the 109th minute. The game ends 1-1. 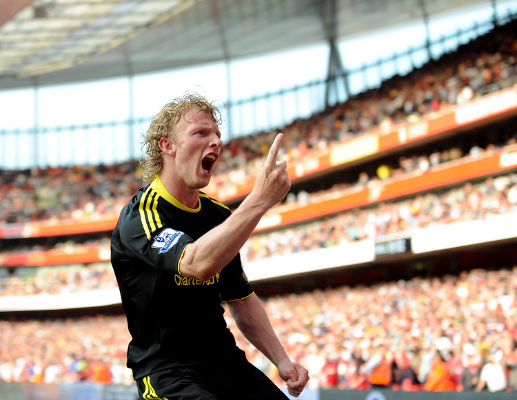 Waiting patiently (December 19, 2006)
A Kopite sits in the Anfield stands waiting for a decision on whether the Carling Cup quarter-final clash against Arsenal will go ahead in the heavy fog. The match is cancelled. Arsenal win the rearranged tie 6-3. 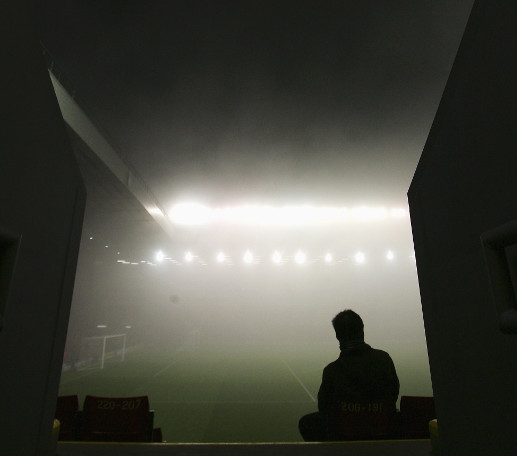 Bow to the King (September 10, 1983)
Graeme Souness congratulates Kenny Dalglish as Sammy Lee wheels away in delight after the King conjures a wonder-goal at Highbury. Joe Fagan's side win 2-0. 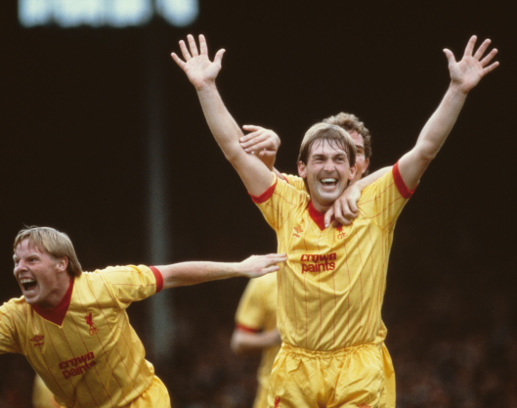 Up for the Cup (January 13, 1923)
Reigning League champions Liverpool thrash Arsenal 4-1 at Highbury in an FA Cup first-round replay. Elisha Scott saves a penalty and Harry Chambers strikes twice for the visitors. 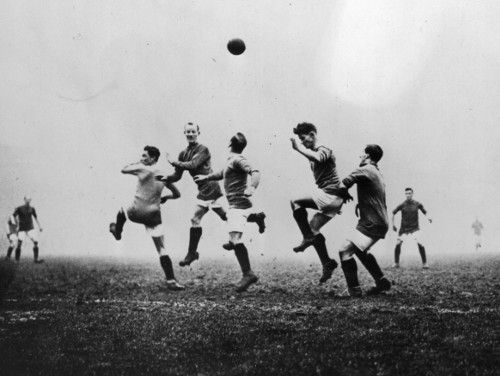 Truth Day (January 6, 2007)
Steven Gerrard stands before the Kop's mosaic, which spells out the words 'The Truth'. Fans chant 'Justice for the 96' and hold their cards aloft for the first six minutes of play. Arsenal win the match 3-1. 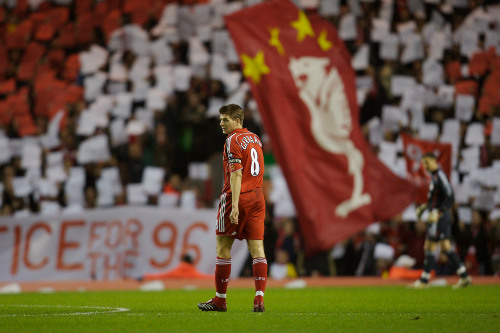 Reds run riot at Anfield (February 8, 2014)
Martin Skrtel scores twice inside the first 10 minutes and Anfield goes berserk. Another 10 minutes passes and the Reds have grabbed two more through Sterling and Sturridge. The game ends 5-1. 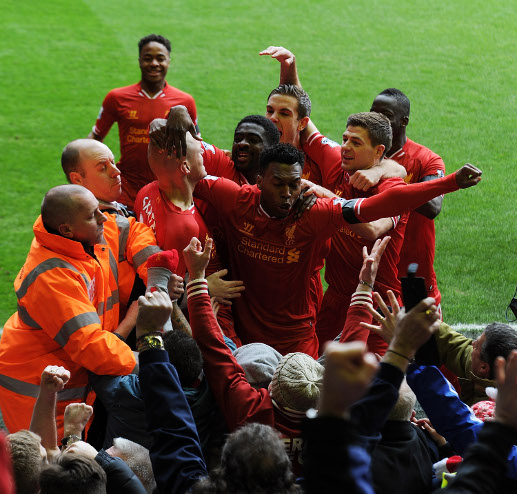 Highbury handshake (October 27, 1928)
James Jackson, captaining Liverpool for the first time, shakes hands with Arsenal's skipper before a match at Highbury. The game ends 4-4. Gordon Hodgson hits a hat-trick for the Reds. 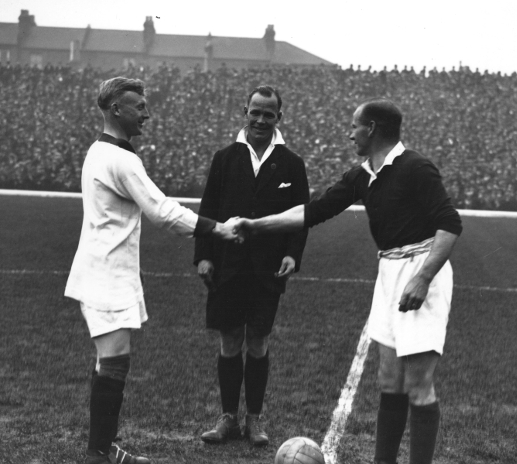 Charity shield chat (August 11, 1979)
Bob Paisley is locked in conversation with Arsenal manager, Terry Neill, before the Charity Shield match at Wembley. Liverpool win 3-1 with two from Terry McDermott and one from Dalglish. 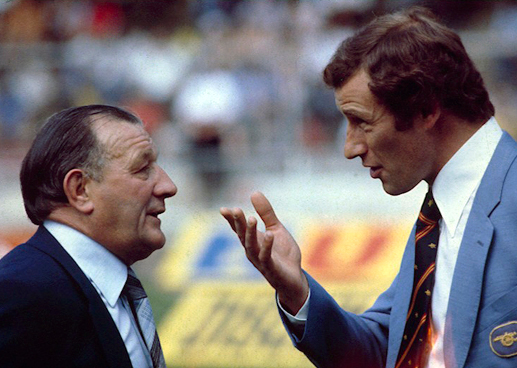 Keeping dry (April 29, 1950)
Supporters find ways of fending off the rain at Wembley as Liverpool lose 2-0 in the FA Cup final thanks to a brace from Arsenal's Reg Lewis. The Reds' first FA Cup triumph is 15 years away. 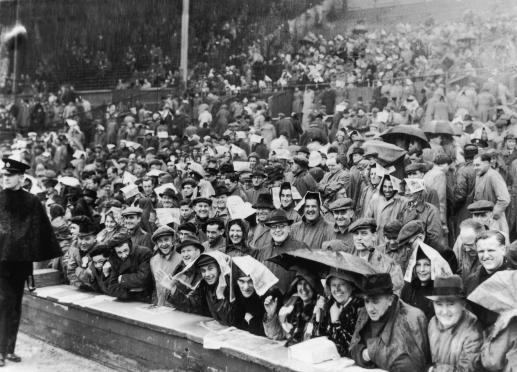 Rollercoaster (April 21, 2009)
Fernando Torres is dejected as Liverpool draw 4-4 with Arsenal at Anfield exactly a week after producing the same scoreline against Chelsea at Stamford Bridge. Andrei Arshavin scores all four for the Gunners. 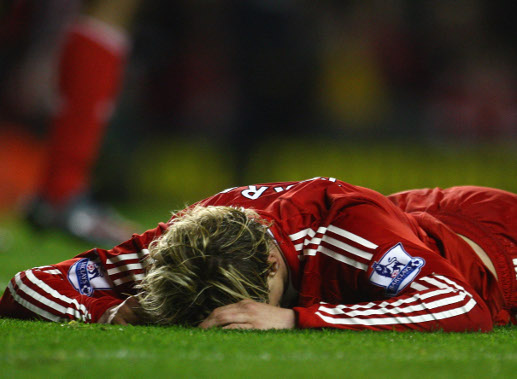 Liverpool boys are in town (May 7, 1971)
Bill Shankly and his players stand in front of the train that will take them from Liverpool Lime Street station to London for their FA Cup final clash against Arsenal. 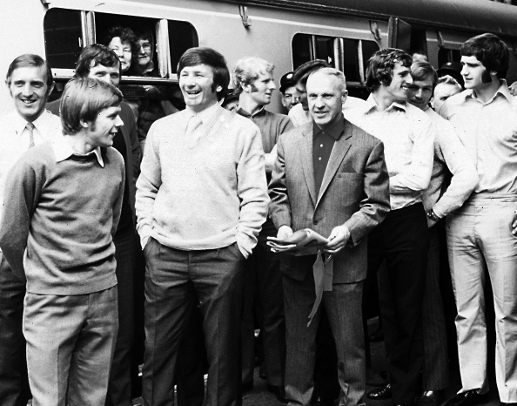 Mind games? (May 7, 1971)
The great Shankly chats to Arsenal's George Graham at Wembley a day before the FA Cup final between the two sides. Whatever Shanks said didn't do the trick as the Gunners won 2-1 in extra-time. 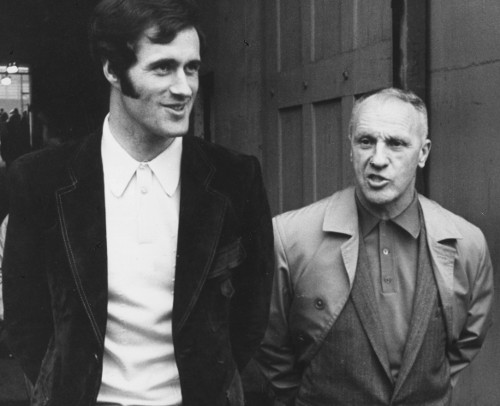 On Wembley Way (May 8, 1971)
Shankly leads his side out at Wembley for the FA Cup final against Arsenal. Steve Heighway makes it 1-0 in extra-time, but Eddie Kelly and Charlie George clinch the trophy for the Gunners. 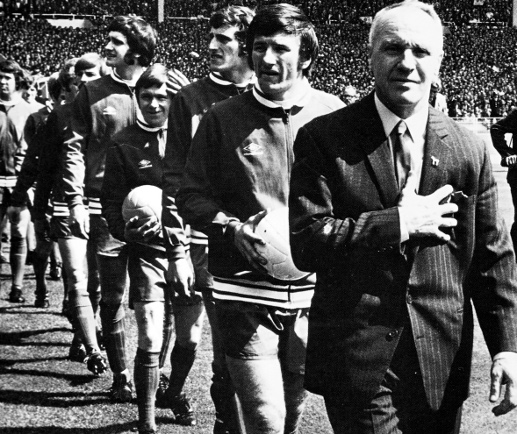 Fever pitch (May 1, 1989)
Liverpool lose their grip on the league title in dramatic fashion to Arsenal in the final minute of the final game of the season at Anfield. Michael Thomas' goal proves crucial as the Gunners win 2-0. 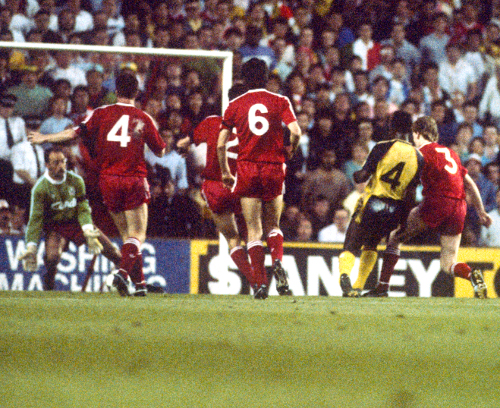 Mellor magic (November 28, 2004)
Neil Mellor celebrates scoring a blistering injury-time winner to give Liverpool a 2-1 win over Arsenal. The Academy graduate is swamped by his teammates at the Kop end. Anfield is shook to its core. 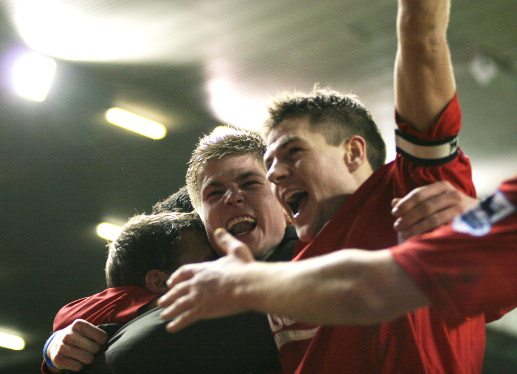 Head to head (September 8, 1983)
Ian Rush and Arsenal's Charlie Nicholas pose prior to Liverpool's 2-0 win over the Gunners at Highbury. Rush would go on to win the European Golden Boot and the Reds would scoop the treble. 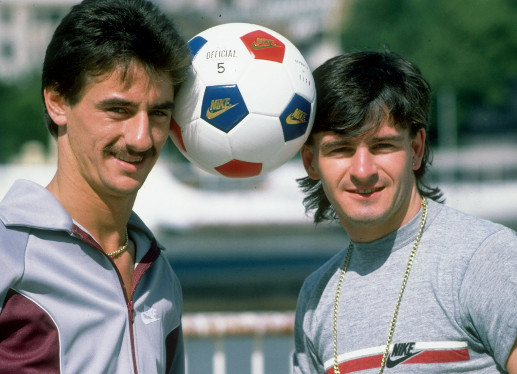 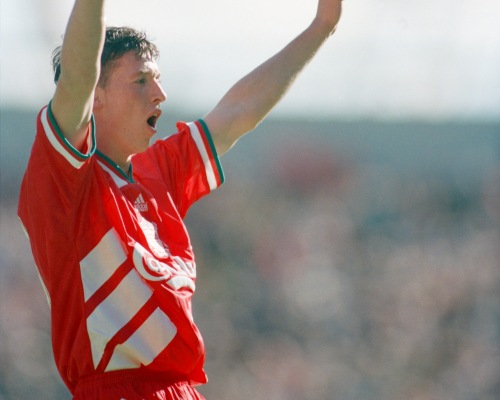 Sheer bliss (May 12, 2001)
Michael Owen struggles to hold it together after scoring the goal that clinches Liverpool the FA Cup. He strikes in the 83rd minute to equalise and keeps calm to fire the winner with two minutes left on the clock. 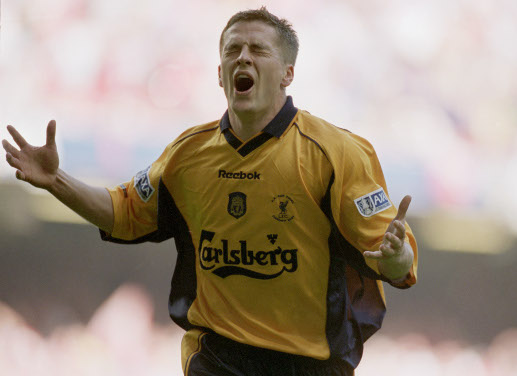 Anfield ecstasy (April 8, 2008)
Steven Gerrard and John Arne Riise celebrate after the captain's penalty makes it Liverpool 4-3 Arsenal in the quarter-final of the Champions League at Anfield. The Reds go on to add a fifth through Ryan Babel. 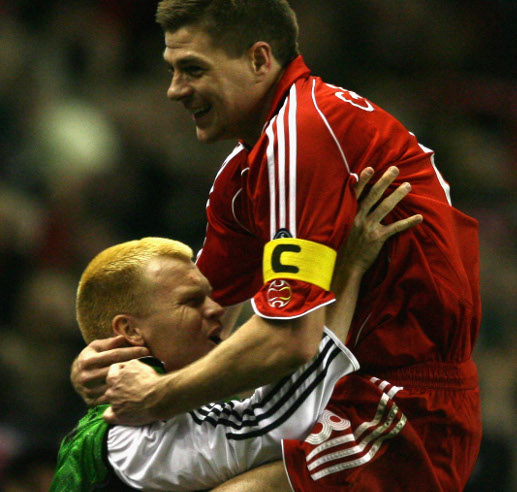