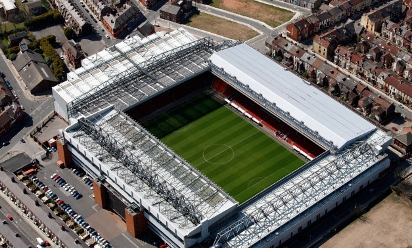 On demand: Murphy hits 'Back of the Net'

City leaders are set to consider a formal framework for the regeneration of Anfield.

This is the next step in the important process of breathing new life into north Liverpool, part of which includes a proposed expansion of the stadium. 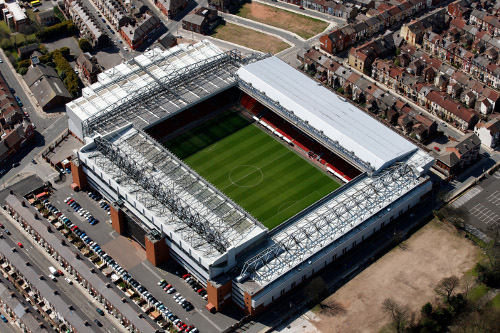 Local residents and businesses are to be asked for their views on a document, called the Anfield Spatial Regeneration Framework (SRF), before it is finalised and formally adopted as a Supplementary Planning Document by Liverpool City Council.

To browse through the SRF document now, click here.

Liverpool managing director, Ian Ayre, welcomed the news and said: "The publication of the draft SRF document is another important milestone in the regeneration project as we continue this exciting journey to transform the Anfield area.

"We regard the progress to date as extremely positive and will continue to be fully supportive of the regeneration project with Liverpool City Council and Your Housing Group."

The draft SRF sets out the planning framework for development in the Anfield area. Published today in draft form, it outlines a number of proposals to regenerate the area and potentially create some 700 long-term jobs.

It will be considered by Liverpool City Council's cabinet on February 7. If approved in draft form, a four-week public consultation will take place before it is finalised and submitted to the cabinet again for official and final adoption in April.

The draft SRF follows the unveiling of a range of ideas last June by a consortium led by Liverpool City Council with support from Your Housing Group, Liverpool Football Club and other partners including house-builder Keepmoat Ltd.

About 1,700 residents were surveyed with more than 80 per cent of those who responded welcoming those ideas and saying they wanted them to be developed further. The draft SRF has taken residents' views into account.

The publication of today's document could pave the way for planning applications for new housing, business and retail premises, a hotel, new public space, a proposed expansion of Liverpool FC's stadium and a range of new community facilities in the area, including in Stanley Park.

Subject to the views of residents and formal ratification of the draft SRF by the council, some of those planning applications could be submitted this year. It is intended that all the proposed developments are delivered by 2018.

The publication of the draft SRF comes in the midst of major improvements which have already been made to the wider Anfield area.

These include over £72m of housing since 2005, the demolition of derelict properties, the restoration of Stanley Park including the Isla Gladstone conservatory, and the construction of the new Four Oaks Primary School and Mere Lane Health Centre and the expansion of the Football Match Parking Zone.

The draft SRF is designed to support proposals which will accelerate these improvements and create the right environment for economic development, employment growth and personal wellbeing.

To browse through the draft SRF document now, click here.