Garcia: I'm going to be a Red forever

Liverpool midfielder Lucas Leiva was on hand to welcome football's equivalent of the Olympic torch when The Ball 2014 arrived at the club's training complex on Friday on its passage to Brazil. 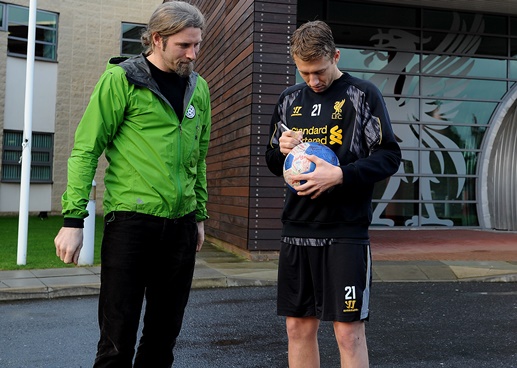 Every four years since the inception in 2002, The Ball - originally taken from the site of the maiden official Football Association Rules match in London - travels to the location of the FIFA World Cup.

The special item, which is promoted by non-profit community interest company Spirit of Football, is a symbol of fair play and respect and celebrates football's capacity to bring people together around the world.

During The Ball's journey to Lucas' home country ahead of the 2014 tournament, it will visit schools, organisations and clubs in Europe and the Americas to highlight the diverse range of projects being delivered.

Brazil international Lucas, a trustee of the Liverpool FC Foundation, the club's official charity, commented: "I was delighted to welcome and sign The Ball 2014 at Melwood today.

"It is very important to highlight the positive work that takes place in local communities across the world and how people can be brought together by football."

From Melwood, The Ball was taken to the home of the Reds, Anfield, where it was greeted by Liverpool legend Alan Kennedy, who notched two European Cup-winning goals for the club.

Alongside the Foundation's head of operations, Mark Haig, the 59-year-old accepted a replica of The Ball donated to the organisation by Spirit of Football and said: "Welcoming The Ball 2014 to Anfield today was fantastic.

"I was delighted to accept the replica ball on behalf of the Liverpool FC Foundation. They deliver a range of fantastic football-focused programmes both locally and internationally that inspire positive change and help people to build better futures." 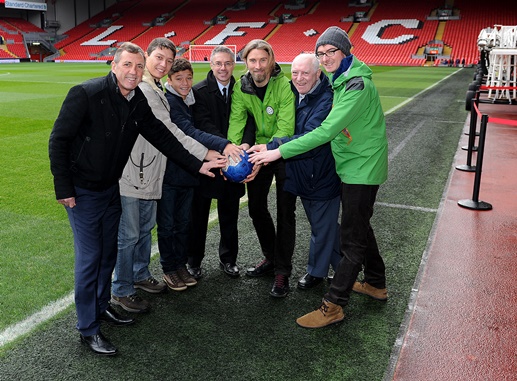 To complete the experience, the Spirit of Football team delivered their 'One Ball, One World' workshop to 50 children from two Foundation partner schools - Anfield Junior School and All Saints Catholic Primary School.

Andrew Aris, director of Spirit of Football CIC, added: "It was an honour for us to visit Liverpool Football Club with The Ball 2014 today and be officially welcomed by Lucas Leiva.

"The Ball will reach thousands of fans in many countries across the world, who will get the opportunity to kick and sign it and celebrate all that the game of football has to offer."