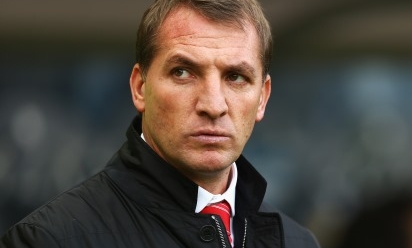 Although the manager could not provide news of imminent transfer dealings on Thursday, Brendan Rodgers insisted that 'a lot of good work' is ongoing to strengthen the options available at Liverpool.

The current transfer window has been remarkably quiet since opening at the beginning of January for a month-long period, with a lack of activity throughout the Barclays Premier League to date.

Rodgers has yet to conclude any pieces of business, but the Northern Irishman reassured supporters today that he and his recruitment team are assessing any potential opportunities for the club.

"There are no real developments yet," the boss told reporters at his pre-Aston Villa press conference.

"You see across the markets, clubs are just looking and seeing where they can improve. It's similar to ourselves.

"We've been working over a number of months on possibilities that could strengthen the team. We just need to wait and see how that goes in the next couple of weeks.

"The owners have been great in terms of if there's something there to be done that will help us and improve us, I'm sure they'll support that. It's one where it could be a difficult market to improve in.

"But it certainly won't be for the want of trying. There's a lot of good work going on; we're assessing a whole raft of players. It's just whether they are going to be available for us to bring in now."

Earlier in his briefing at Melwood, Rodgers had delivered a positive update on the fitness of his squad ahead of a return to action this Saturday, with more players coming back from injury.

That prompted speculation from the journalists in attendance on the future of a pair of aspiring first-team squad members - and whether wide-man Jordon Ibe and summer signing Tiago Ilori could leave on loan.

He explained: "It's something that we'll look to do, certainly with young Tiago. He has come in and he now knows what Liverpool is about and the standards.

"It has been difficult for him in terms of game time because he hasn't played. But he has come in and shown the profile of player we thought he would be.

"It's the case that we'll probably look to get him a loan period now, where he can get some games. As a defender, he needs to be playing. He'd certainly be someone that we'd look to get on loan."

On Ibe, the manager added: "Young Jordon Ibe is a boy that's in and around the squad at the moment. We're just balancing him. He has been outstanding in training.

"He was out for a few weeks with an injury but he's a young player that's learning all the time - he's in no rush to go out.

"At some point we will have to get him regular game time in order for him to push on. At this moment in time, he's on the bench and has got possibilities to play.

"He has shown every day in training that he's at a really good level. But there will come a point where, if he's not playing here regularly, he'll need to get some game time because I think he can be a great player for us for the future."