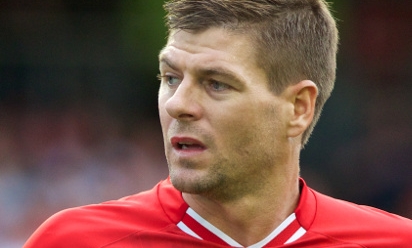 Brendan Rodgers today confirmed Steven Gerrard could make a return to action against Hull City on Wednesday – though Liverpool will be without Joe Allen for a 'few weeks'.

The captain is on the verge of a comeback after a hamstring problem and could figure against the Tigers on New Year's Day having been sidelined since December 7.

There was also good news on Jordan Henderson, who Rodgers expects to be fit to face Hull despite picking up a knock at Chelsea on Sunday; however, Allen (abductor) and Mamadou Sakho (hamstring) are set for spells on the treatment table.

Rodgers told a pre-match press conference at Melwood: "Joe will probably be a few weeks with an abductor strain. Sakho, we're just waiting for confirmation on his hamstring strain. Glen Johnson came off [at Chelsea], but that was tactical and wasn't injury enforced.

"There were one or two other niggles that we'll just assess in the next 24 hours.

"Steven has joined back in training, so we'll see how he is for Hull, and I would think that probably by the Stoke game [January 12] we'll have a number of the others who'll not be too far away.

"But certainly for the Hull game we'll have to rely on more or less what we had.

"Jordan Henderson is fine. He's on his first day of recovery today. He's still sore, but he's a real soldier and should be fine."

Rodgers added: "It's just been unfortunate. The medical team aligned with our training philosophy have meant the players have been fit for the majority of the time I've been here.

"It's just really in this last period of four or five weeks, which have unfortunately dealt us a big blow in the squad."