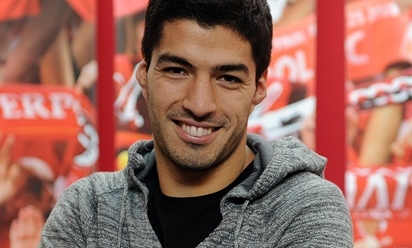 Rodgers: I knew Jon had the personality

Luis Suarez has revealed that winning the Barclays Premier League title with Liverpool is his 'dream'.

The prolific and creative Uruguayan has been a revelation for the Reds since completing a switch to Anfield in January 2011, plundering 70 goals in 109 appearances for the club.

Remarkably, 19 of those strikes have been recorded in 2013-14 - despite the No.7 missing the opening five league matches of the season - to help Brendan Rodgers' team currently claim top spot.

Suarez has no intention of relinquishing that position either; the talismanic forward instead wants to hoist the Premier League trophy aloft with Liverpool.

"It's my dream; I hope to win the league and a big trophy with Liverpool," he explains in a brand new episode of LFC TV's 'Kop Kids'.

"It's my dream. When I win that, I will remember my family," Suarez adds.

Supporters can see Suarez like never before in the latest 'Kop Kids' show, which will air exclusively on LFC TV at 10am GMT and 3pm GMT on Boxing Day, December 26.

Tune in to find out exactly what the striker's mysterious tea contains and whether he shouts 'megs' when he bamboozles a defender - plus, the man himself provides a rendition of the Luis Suarez song.

A second fresh episode of the programme made by kids, for kids - featuring a language lesson from Philippe Coutinho - will follow on Friday, December 27 at 10am, 3pm and 6.30pm (all GMT).