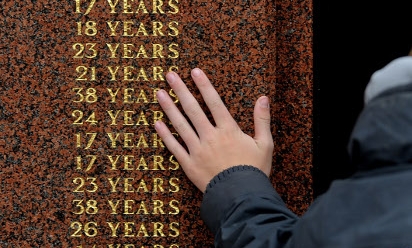 At Liverpool FC, we believe all our fans - regardless of the language they speak - should understand exactly why April 15, 1989 is such an important date in the history of the club.

And it is for this reason that we're pleased to unveil a new fan-based initiative which we hope will further increase awareness of the Hillsborough tragedy amongst our supporters - particularly overseas.

Over the last four weeks, Liverpoolfc.com has worked with a team of international contributors from all corners of the world to translate what we believe is the most important page on the official website - the Hillsborough page.

With their help, we've made the page available in no fewer than 38 languages - from Afrikaans to Vietnamese.

At Liverpool FC, we are proud to have supporters in every country of the world and while we still have some way to go before we achieve our long-term goal of communicating on a daily basis with fans in every major language in the world, over the past 12 months we have made massive strides towards that goal.

In November 2012, despite our status as one of the world's few truly global clubs, Liverpool FC only delivered content in English and Chinese. Today, through three official websites, 18 Twitter accounts, six Facebook pages and a presence on VK, Sina Weibo, Tencent and Weixin, Liverpool now engages with fans every day in 16 different languages, more than any other football club in the world.

One day we hope to deliver our content every day in every major language in the world but until that time, we have to prioritise and we have started with the Hillsborough page.

To visit the page and use the drop-down to select your language, click here.

If the language you speak is not included, please email admin@liverpoolfc.com and include the word 'Hillsborough' in the subject heading.