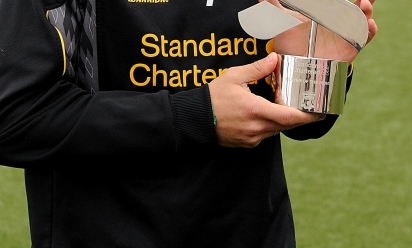 Luis Suarez has claimed back-to-back prizes after Liverpool supporters voted the Uruguayan No.7 as the Standard Chartered Player of the Month for November.

The 26-year-old notched two trademark goals during the impressive 4-0 victory over Fulham at Anfield, and fired an outstanding, precision free-kick in the Merseyside derby last weekend.

His haul of three efforts in November increased Suarez's Barclays Premier League tally for 2013-14 to nine in just seven matches, as he jostles with Sergio Aguero and teammate Daniel Sturridge at the top of the rankings.

Fans selected their Standard Chartered Player of the Month via the club's official Twitter account, with the forward seeing off competition from playmaker Philippe Coutinho and goalkeeper Simon Mignolet.

Suarez was presented with his second accolade of the campaign at Melwood, and the moment can be watched by clicking play on the free embedded video below, which also includes an interview with the Uruguay international.

"Thank you so much. When you play, you try everything," he told Liverpoolfc.com.

"It's nice; it's perfect when the supporters vote for me, because they are happy when I do my job on the pitch. This is confidence for me on the pitch. I hope they vote for me again next month!" 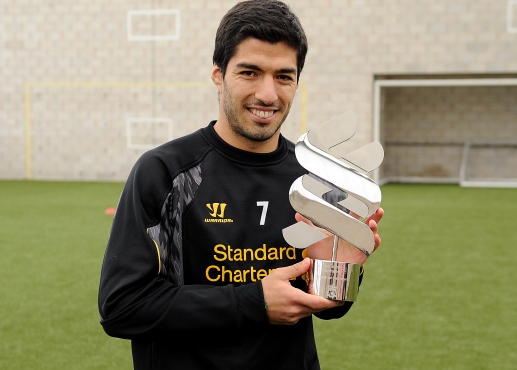