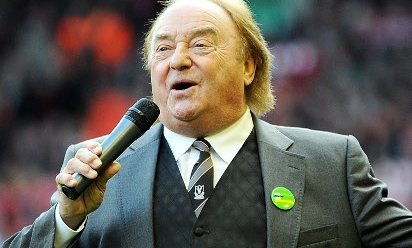 Ahead of the 50th anniversary of the LFC anthem 'You’ll Never Walk Alone' going to No.1 in the charts on November 2, 1963, we catch up with the voice behind it, Gerry Marsden, to find out what makes this brilliant song so special.

In an exclusive chat with Liverpoolfc.com, the 71-year-old singer reveals when he first heard the tune and how he defied legendary former Beatles manager Brian Epstein and producer George Martin to record the track and take it to top spot.

Marsden also explains how it makes him feel to hear the song played before every home game, what it mean to sing it before the 1989 FA Cup final at Wembley versus Everton in the aftermath of Hillsborough and why YNWA will always have a special place in his heart. 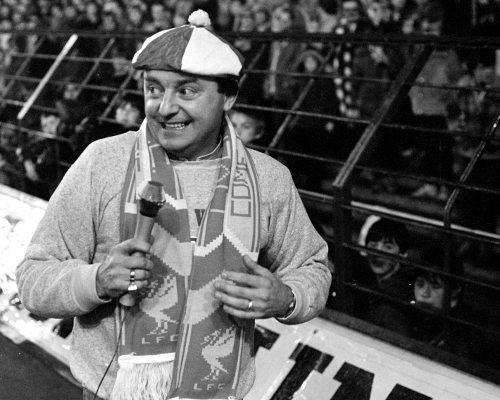 Well Gerry, what does You'll Never Walk Alone mean to you?

Pride, I think, because when we recorded it we didn't realise what was going to happen with it and then suddenly the Kop started singing it and continued to sing it, and it went all over the world. So no matter where you go - Australia, Canada, the USA, New Zealand - they all want to hear You'll Never Walk Alone. It's all thanks to the Kop, who started singing it, but it's a song I never thought the Kop would sing.

When we did it, we had our first two records that had gone to No.1 and I remember Brian Epstein and George Martin saying, 'right, if you could get a third one nobody will ever equal that'. We had just put down You'll Never Walk Alone for our first LP, so I said let's put that out. Brian wasn't sure and George said it's too slow, but I said let's put it out because it's a lovely ballad and it would be great for me because I like writing ballads. They put it out and within a month it was No.1 and the record of three back-to-back No.1's stood for some time until Holly Johnson, another good Scouser, and his band, Frankie Goes To Hollywood, equalled it. I never thought it would do as well as it did.

I remember being at Anfield and before every kick off they used to play the top 10 from No.10 to No.1, and so You'll Never Walk Alone was played before the match. I was at the game and the fans started singing it. They were singing my song and it was great! When it went out of the top 10 they took the song off the playlist and then for the next match the Kop were shouting 'Where's our song?' So they had to put it back on. Now, every time I go to the game I still get goose pimples when the song comes on and I sing my head off.

What impact has it had on your life?

I think it's extended my career because of all the other hits we had, none of them were as massive as You'll Never Walk Alone. The response with everybody singing it and with it being on TV for every home game, it's been great for me.

When did you first hear You'll Never Walk Alone - can you remember?

Yes, it was a film called Carousel. I was only at the pictures because Laurel and Hardy was on and I loved them. It was raining and we had just done a lunchtime show at the Cavern, so I went to the pictures to watch Laurel and Hardy and the second film was Carousel. I was falling asleep in the cinema and this song came on and I instantly woke up. I thought beautiful lyrics, great melody, great build-up - I'm going to tell the band and put it in the show. I told the lads we've got a great ballad to sing called You'll Never Walk Alone and they weren't sure at first, but when we finished it they all clapped and they thought 'wow, that's what we put it on the LP!'

You mentioned there were some concerns with the band about the slow ballad nature of You'll Never Walk Alone. What do you think convinced them? Because you were so adamant? 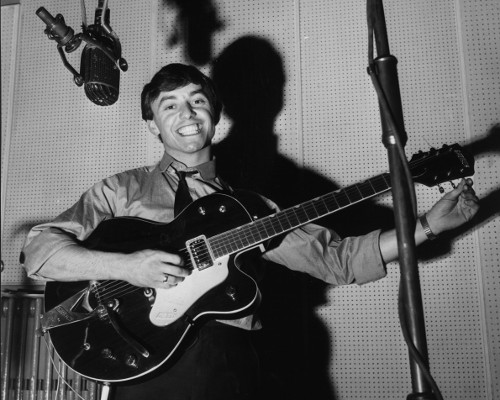 When you heard it at Anfield, could you ever have imagined the impact it would have in years to come in sport and on so many people's lives?

No, never. The first time I heard it, I thought - good old Kop singing my song. Then it started being played at weddings, funerals, everything and I kept getting letters from all over the world. I never thought it would be like that and it's nice that it is, because it's good for me, it's good for Rodgers and Hammerstein and it's good for their estate!

Liverpool is very much a community city and a community football club, where everybody looks out for each other. Does that make the lyrics almost a perfect song?

It certainly does. I never thought of that before I sung it, but when I sung it and things happened and the lyrics came out andI thought it was great. It's very Scouse.

How do the lyrics and the music relate to football?

Is there a better rallying cry before a football match than You'll Never Walk Alone?

No. I talk to other players and they say they wish they had a song to go out to like that. Celtic nicked it off us actually - but I'll let them off because I like Celtic! I think it's the best, not because I did it, but for the players in the tunnel it inspires them.

What has been your favourite version of You'll Never Walk Alone?

When we played Celtic in Europe a few years ago [2003], I sung it on the pitch and it was amazing. I sang it at Anfield for the Queen which was a great feeling, and I did it at Bradford after the terrible fire disaster. I've had quite a few great moments with the song.

What about at Anfield?

It's hard because it's always special at Anfield. We did it after Hillsborough and the fans were fantastic - even the Evertonians were great. I sung it for the first time at Wembley in the 1989 FA Cup final and even the Blues were singing it. That was magic - a big moment in my life.

Can you put into words just what it was like on the day of the 1989 FA Cup final - the emotion?

My wife and I flew back from Hong Kong to do that. We got off the plane about 7am that morning, went to the hotel, had a couple of hours' kip then went down to Wembley, into the tunnel and got ready. I just floated then and just sang it. I don't remember walking back to the tunnel, I was just on cloud nine - fantastic. 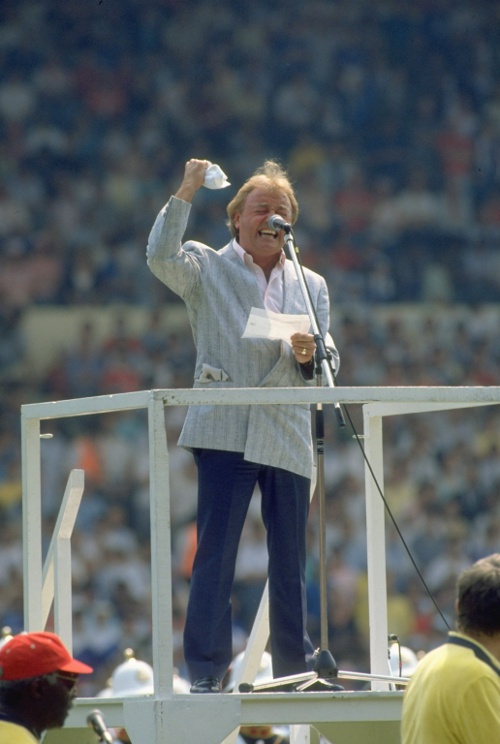 Margaret Aspinall from the Hillsborough Family Support Group said the following about the song: "It's so moving to us, it's like our prayer. It belong to the families now, it's ours. I'm sorry Gerry but it belongs to the 96." What's your reaction to that?

Wonderful and so it should be, and when we get justice it will be even better. It's great they have adopted it as their song.

Perhaps the vocal delivery in this song is what makes it so emotive. What was going through your mind when you were singing it in the studio?

[Laughs] 'I hope this is going to be No.1 because I will be in trouble if it isn't!' I just sung the song because I love the lyrics, I love the whole thing and I just sung it as I thought it should be sung. Luckily it worked.

The song has been of comfort to so many people in times of tragedy. Has there ever been any time in your own life when it has been a comfort to you personally?

No, thank God. I have never needed it, I just like singing it.

What's your hope for the future of You'll Never Walk Alone and the football club?

When we are at No.1 in the league this year and we win the Premier League I want to sing it with the lads. I want to win the FA Cup, then next year the European Cup - the lot! We've got a great manager, a great team.

In the decades and centuries to come for as long as the football club exists, that song will be played before every game. What does that mean to you?

I think it's wonderful. It's a lovely thought and I would be very happy if they did that, so would my family, my grandson and his kids.

To summarise Gerry, if you were asked to sum up You'll Never Walk Alone in just a few words what would they be?

I was with Bill Shankly in the USA doing the Ed Sullivan show and all the team came to see it. I said to Ed let's bring the boys on stage and we'll all sing You'll Never Walk Alone. We did the song to 66 million people throughout the States and as we were walking off the set, Shankly said to me: "Gerry my son, I've given you a football team and you've given us a song." What more can I say after the great man said that? 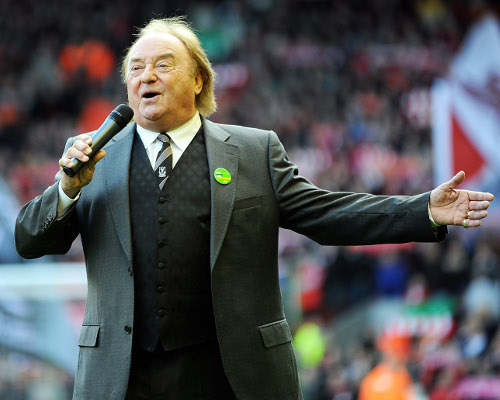