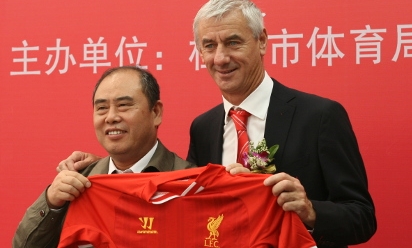 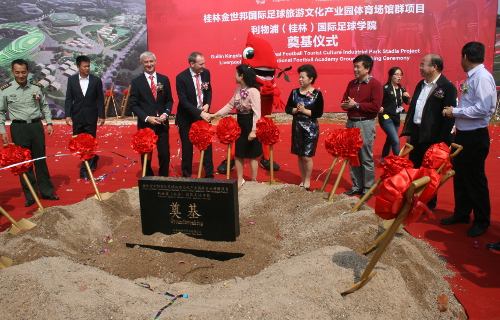 The Guilin International Football Academy, set in Guilin City and based in the Guangxi Zhuang region of southern China, was officially launched today at a press conference attended by Reds legend Ian Rush and aims to be a market-leading development centre for young players.

The programme, which will support hundreds of children each week, will provide Chinese youngsters with the opportunity to improve their football techniques and tactical awareness as well as develop key life skills such as confidence, motivation, teamwork and communication.

Coaches from Liverpool FC will work on the project in China with the objective of recruiting and training local coaches as well as developing the standard of football within the region to benefit the game in China. 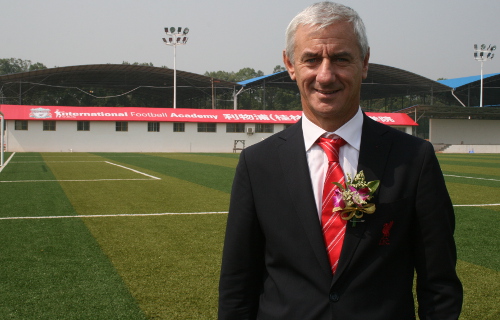 "This is a very proud day for both Liverpool and Guilin Kingsborn," said Dan White, head of soccer schools at Liverpool Football Club.

"The facilities at the Academy will provide our coaches from Liverpool with the perfect environment to develop young players here in China.

"Our new Academy is part of a major new sporting complex being developed in Guilin and once completed, will include a full-size stadium, elite-level training facilities and cutting-edge sports science resources.

"Education is obviously very important to the parents of the young players we will train over here in China and we will be looking to help develop fully rounded individuals in Guilin just as we do at our Academy in Liverpool. 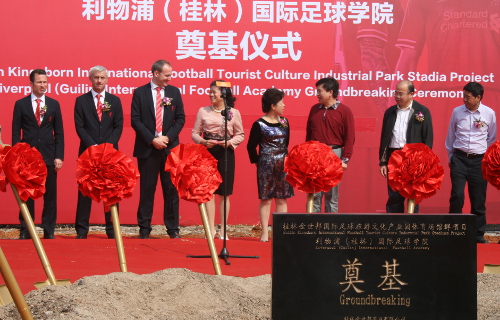 "We put great emphasis on the boys' education in Liverpool and it will be the same here in China - the aim is to develop great players on the pitch and great people off it.

"This is part of a long-term strategy we have for Liverpool Football Club in China and we're very excited about being able to deliver a real impact on the game here - through not just the development of young players but also that of the local coaches we will train.

"In years to come, we hope we can say that Liverpool Football Club has played a meaningful role in the development of football in China.

"The facilities we have put in place with Guilin Kingsborn will give us the best possible chance of developing the next generation of Chinese superstars which can only be good news for both Liverpool Football Club and the game here in China."