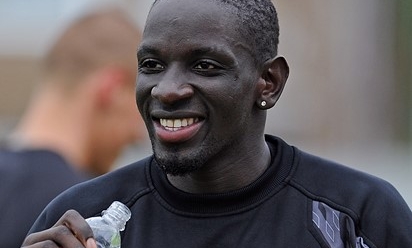 The physical style of English football is something to be embraced, claims Liverpool defender Mamadou Sakho.

Before joining the Reds on transfer deadline day in September, the 23-year-old had spent his entire career in France and progressed through the youth ranks at Paris Saint-Germain.

Having had a small taste of the Barclays Premier League during his two months at Anfield, Sakho has quickly become aware of a change in approach on these shores.

Fortunately, it is one he is happy to participate in. "French football is different to British football, but I have turned a page and Paris is behind me," he told Liverpoolfc.com.

"I'm very happy and proud to discover the Premier League and especially playing in the Liverpool shirt. I play with great pride, I'm proud to be here.

"It's a fairly physical style of football; there's a lot of impact and a lot of contact in tackles. I don't mind that.

"It's something I appreciated before I came here and I'm used to now. I think I can continue to play the way I do, to help bring Liverpool great wins.

"I try to give my qualities for the service of the team, of course. I try to give the best of myself, which I've always tried to do since I started at the beginning of my career. I've always done that."

Blessed with an imposing physique, strong aerial ability and effective pace, Sakho was described as a 'massive coup' by manager Brendan Rodgers when he arrived.

But the French international downplayed suggestions made during his opening weeks at the club that he broke a piece of gym equipment midway through his medical at Melwood.

The No.17 explained: "It is true something happened when it got to its limit...I pulled off the bar at the bottom and they had to bring out a strap to reinforce the machine.

"It was just a one-off, freaky thing that happened. I was just working and something went wrong - I can't say I broke it!"

Sakho did not wait long to reveal his personality either; the defender recently interrupted an interview with colleague Martin Skrtel by producing a series of comic facial expressions.

The Parisian was pleased to report a welcoming atmosphere within the Liverpool dressing room and explained his chosen methods of communicating with teammates.

"There is a superb ambience at this club," said Sakho. "We have a young, technical group who have got ideas and experience. Steven Gerrard is there. They are all very friendly and nice guys.

"I arrived in a dressing room where there are already some characters and big players, the older players and more long-term players with a lot of experience.

"I tend to leave them to lead verbally in the dressing room, especially as I don't really have the language yet.

"But on the pitch I'm there to talk, it's part of my job - as a central defender you have to talk. On the pitch, I am a natural character, shouting and giving directions, chatting with the other players.

"You also have to make sure that the team is in the right position and keep them talking. I would say on the pitch, yes, but off the pitch, I leave it to the others."