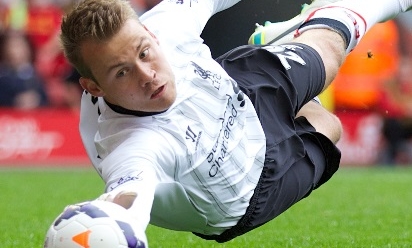 Steve McManaman has praised the recent transfer dealings of Brendan Rodgers and his staff - and backed Liverpool to go from strength to strength as their injured players return to action.

A total of eight new signings arrived at Melwood during the summer, starting with Kolo Toure and concluding with a trio of additions on the final day.

McManaman believes the newcomers have had an instant impact in helping to propel the Reds to joint top in the Barclays Premier League table.

And he believes that when they welcome the likes of Philippe Coutinho back into the side, Rodgers will have an impressive squad to choose from.

"Simon Mignolet has done really well, Mamadou Sakho has slotted in well at the back and to get Victor Moses on loan from Chelsea was a great piece of business.

"I love the way Brendan has got the team playing, and they've got the likes of Glen Johnson and Coutinho to come back into the team over the coming weeks.

"When everyone is back, the manager has got real competition for places so it looks very promising.

"Going forward they're such a threat. They always look like they are going to score goals.

"Having Luis Suarez back in the team has given them another dimension. Attacking players like Suarez, Daniel Sturridge, Coutinho, Moses and Raheem Sterling can change games."

Discussion in recent weeks has centred on Rodgers' decision to switch to a 3-5-2 system, first trialled in the defeat to Manchester United at Old Trafford.

The Reds reaped the rewards of the new formation in the games that followed against Sunderland and Crystal Palace - and McManaman has offered an insight into why the tactic can work for Rodgers in the future.

"Brendan has tinkered with the formation and it certainly suits the players he's got," said the 41-year-old.

"To play that system you need players with bundles of energy as not only do your wing-backs need to get forward and provide attacking width but they also need to help out defensively.

"It's a demanding role but in Jose Enrique and Johnson he has got natural wing-backs.

"The system suits Glen to a tee and Coutinho is ideal for that advanced central role in midfield. The great thing is that Brendan has got options now. He can always go back to 4-2-3-1 or 4-3-3.

"The players have shown they can adapt so he could even change the shape in the middle of a game."

A fine start to the 2013-14 season has seen Liverpool force their way to joint top of the table alongside Arsenal, having dropped points in two out of their seven games so far.

McManaman admits he's excited about the prospects of the current crop of Reds stars - but he's keen to retain some perspective.

"The start has whetted our appetite, but I don't think anyone is getting carried away because there's a long way to go," he said.

"Liverpool finished seventh, 28 points behind the champions last season. It's a huge step from there to winning the league.

"Liverpool fans know that. They are intelligent. They know success because they've had it in the past.

"They knew last season was a year of transition under a new manager. They just want to see the team continuing to progress.

"What's clear in mid-October is that they're going to be a lot closer to the top this time. The likes of Chelsea, Man City and Tottenham went out and spent more in the transfer market but they have looked fallible at times.

"I'd love to see Liverpool fighting for a Champions League spot. It's an open league this season and they have a great platform to build on."