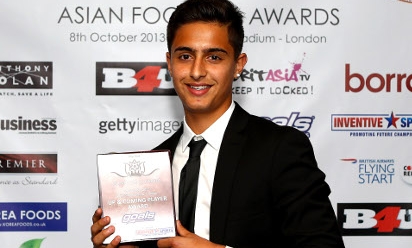 Academy youngster Yan Dhanda was the recipient of the Up and Coming accolade at the Asian Football Awards at Wembley on Tuesday night. 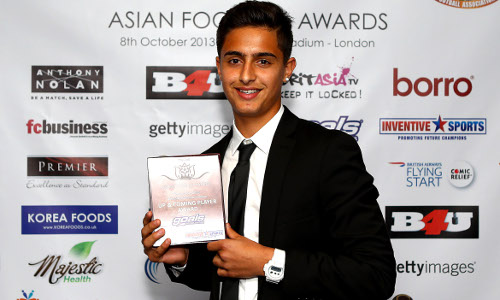 Yan, who is the first player of Indian origin to play for Liverpool FC, was presented with the prestigious prize by former Reds assistant manager Steve Clarke.

The 14-year-old arrived at the club's Kirkby Academy in July this year having previously spent time at Aston Villa, Walsall, Birmingham and West Brom.

On Tuesday night his potential was recognised as he edged competition from Brighton & Hove Albion's Dylan Lall and Samir Nabi of West Brom.

Liverpool's managing director Ian Ayre was on hand to congratulate the youngster, who was accompanied by academy director Frank McParland and assistant academy manager Phil Roscoe.

"It means a lot to win this award, this will only inspire me more," said Yan. "I've just got to keep developing and do what Liverpool Football Club expect from me. 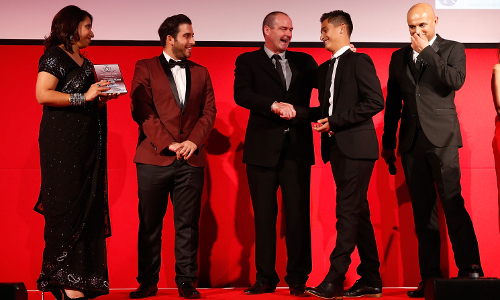 "Liverpool are one of the biggest clubs in the world and my aim is to take every opportunity to progress to the first team and do my family proud, they have always been there for me.

"My father has only missed one game since I was about seven years old. It's down to the support of my family that I am where I am now.

"These awards are really important for Asian football and it's good that so many role models are being recognised."

The Asian Football Awards celebrates the contribution to football by people of South Asian heritage and aims to improve the awareness of the positive impact made by Asians within the UK football industry. 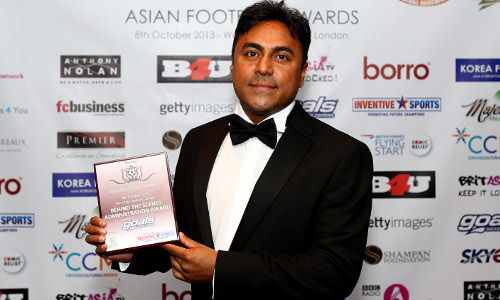 Also recognised on at the ceremony was Abu Nasir, the ethnic minorities representative on the LFC supporters' committee, who picked up the Behind the Scenes - Administration Award.

Abu was elected to the supporters' committee in 2011and continues to carry out important work representing the club's interests both on a commercial and social basis particularly in the Middle East and Asia.

"I am ecstatic and quite humbled to receive this award," said Abu. "It really means a lot to me.

"I have been involved in the game since the age of seven and even though it did not quite work out for me as a player, I am grateful for the opportunity to do the job that I do now. I would like to thank Liverpool for their support."