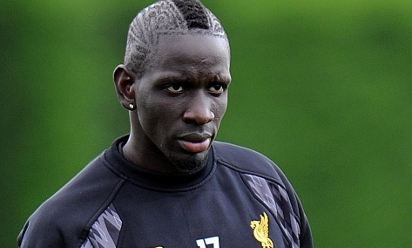 Mamadou Sakho has revealed he joined Liverpool in the summer because of his faith in the ambitious project currently being undertaken at Anfield.

The 23-year-old arrived on the final day of the transfer window after completing a switch from his boyhood club Paris Saint-Germain.

Despite his relatively tender years, Sakho racked up an impressive 201 appearances for PSG during six seasons in the senior side.

He helped the Parisians to a league title victory in his final campaign - but the defender explained why he needed to take on the fresh challenge at Anfield.

"Of course coming here was a big step for me," said Sakho. "I'd been with PSG from the age of 12 but there comes a time in every player's life when you have to make some career choices.

"I had achieved everything I had wanted to do with Paris Saint-Germain. We had won the title, and I made the decision a while ago that I wanted to take on something else.

"I knew I wanted to experience a different culture and learn new things and when Liverpool came in for me I was easily convinced. I was happy to leave in the end.

"It's all going well for me here so far. I've settled in quickly. I left Paris to join an ambitious club and I'm very excited about the project here.

"It was an impulse to leave PSG. There are so many new players coming into the club but they didn't push me out. It was all about me wanting to go out and compete.

"There is a big project underway [at PSG], but my situation was based more on my desire to genuinely compete and that is something I know I will have at Liverpool.

"For me, the Premier League is the best competition in the world. It demands a great deal of rigour and concentration from all players and that can only help me develop as a person and as a player.

"I felt I had done it all with Paris and that it was time for me to turn the page. This is a new page in the history of Liverpool and for me - I want to make my mark on that page."

Sakho was born and raised in Paris - and he believes his powerful, no-nonsense approach on the field was honed during his formative years in the French capital.

"I grew up in an area of Paris that isn't all sweet and nice," he said. "At that age, you have to put yourself about a bit and earn some respect.

"When I was 14 I tried to impose myself a bit on the other players around me, but it was soon made clear to me that I needed to focus and concentrate, go to bed early and work hard.

"It was a bit physical, a bit verbal. I was just a teenager. It was made clear that if I didn't step back in line, I would be in trouble.

"But I soon learned that I had to focus. I had to conform and do the right thing. It was for my own good."