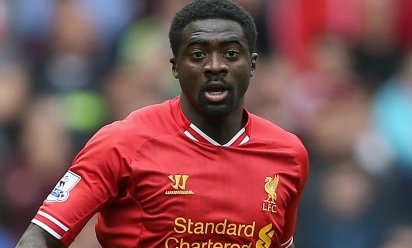 Tiago: It's not a bad choice to have

Toure made a flying start to life on Merseyside with a couple of powerful performances against Stoke and Aston Villa.

He suffered a set-back in the form of a groin injury against Notts County, which ruled him out of the Reds' 1-0 win over Manchester United.

However, fans had already recognised his dedication and ability - and the defender has made something of a name for himself as a cult-figure on the Kop.

Rodgers has been equally impressed, and he told the Liverpool Echo: "Kolo is the type of character that I love in a back-four, an organiser and a leader.

Agger was made Liverpool vice-captain in August, when Rodgers moved to replace Jamie Carragher as Steven Gerrard's lieutenant.

The Reds have kept three consecutive clean-sheets in the Barclays Premier League so far, with Agger an ever-present at the heart of the defence.

Rodgers said: "Daniel's a wonderful talent, he's an international captain, he's one of the best left-sided players in the world.

"So it's two experienced players [Agger and Toure], but it's important that you play together, and they've held us together really well."