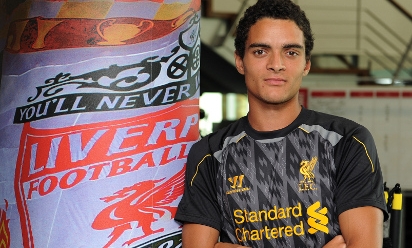 Tiago Ilori admits he would not rule out representing England at international level – but insists he's happy to continue his progression from Portugal's youth ranks to the country's senior side.

Ilori arrived at Anfield alongside Mamadou Sakho as the Reds bolstered their defensive ranks on the final day of the summer transfer window.

The defender was born in London and lived there until he was eight years old, when his family moved to Portugal.

Ilori went on to represent Portugal at U18, U19 and U20 level - and he explained how he'll carefully consider any decision regarding his future on the international scene.

"I think I would like to stay loyal to Portugal as I've played in every age group for them," Ilori told the Liverpool Echo.

"But I would never close any doors and there is no decision to make yet. If I have the choice then it is not a bad choice to have.

"I lived in a few places around Kentish Town. I was eight when we moved to Portugal. My mum is Portuguese. I didn't play in any football league when I was in London but just played with my friends.

"My English family are originally from Manchester and they all moved to London. My Dad was born in London as well."