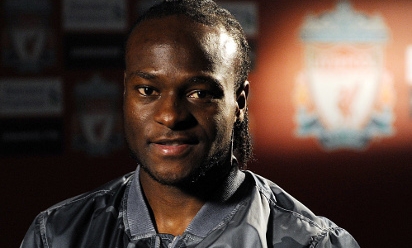 Moments after completing his season-long loan move to Liverpool, Victor Moses outlined just exactly why he was so eager to make the switch to Anfield from Chelsea.

The 22-year-old forward will spend the 2013-14 campaign with the Reds having successfully passed a medical and agreed terms with the club at Melwood on Monday morning.

Shortly afterwards, he explained why he felt joining Liverpool would represent a huge step in his career and explained what he's hoping to achieve over the next 12 months.

Victor, welcome to Liverpool Football Club. What does it mean to you to have made this move?

First and foremost, I'm delighted to have made the loan from Chelsea to a big club like Liverpool. The most important thing is for me to be professional about it and I'm here to do a job for the club. The target is to get into the top four and for the club to compete in the Champions League - and I'm delighted to be here.

Fans will know you well from having watched you in the Premier League, but in your opinion what can you bring to this football club?

As I said, this is a massive club and I've come in to try and help my new teammates and the team. The players have been doing great - I went to watch them play on Sunday and the atmosphere was incredible. The fans were great and seeing them beat Manchester United was great for me coming into the club. They've won three out of three, have nine points and are at the top, so we just want to keep the momentum going.

Watching the game yesterday and seeing Liverpool beat Manchester United, did that further reassure you that you were making the right move?

It's definitely the right move - this is a massive club with all the history. The club has come a long way and it's great to be here and to be playing for Liverpool. I'm delighted to be here and I just want to enjoy my football.

I know you'll have had experience of playing at Anfield as an opposition player, but what do you think it'll be like to play in front of that crowd as a Liverpool player?

The atmosphere was incredible against Manchester United and the fans were great. They were singing right from the start until the end. It'll be proud for me to play out on the pitch. I want to do well for the club, score goals and help the team.

What kind of player do you see yourself as?

I'll just try to work hard, help the team and try to score and create goals.

Why do you feel a loan move is the right thing for you at this stage of your career?

As a young footballer coming up, I just want to play games. Not playing games can really damage your career. Liverpool is a massive club and I just want to enjoy my football out on the pitch and try to help my teammates.

What has Brendan Rodgers said to you about where and how you'll fit into his plans this season?

I spoke to him yesterday. He's a great manager and he's done fantastically well here helping the lads. When I spoke to him, he told me what I'm going to be doing here. I was really pleased with that and I'm looking forward to working with him. He's been a great manager at whatever club he's been at - and he's came here and proven that.

Your move to Chelsea was a big move for you. What did you learn throughout that period?

The move to Chelsea was a massive step for me. I just wanted to go there, express myself and enjoy my football. Being at Chelsea was one of the best times for me, but coming to Liverpool is another step for me.

You'll know Daniel Sturridge from your time at Chelsea - did you speak to him at all about making this move?

Yes, I spoke to Studge and he wanted me to come here. He said I'd love it here, but he didn't need to say much. The next morning, I had a word with my agent and told him it could be the right move for me. As I've said, it's a massive club with great history. The club is doing well, so I wanted to come here and enjoy my football. It's been great - I've been here since yesterday and everyone has been looking after me. 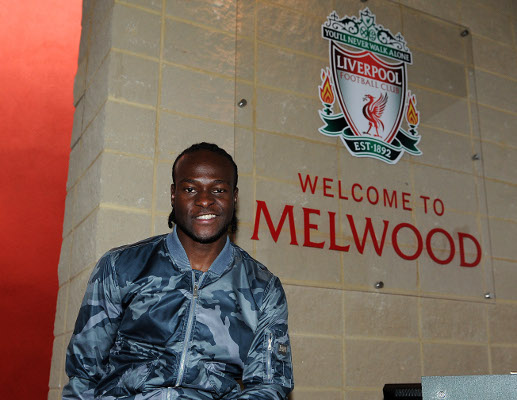 Daniel has made an incredible impact since joining the club - I guess you'd like to make a similar impact yourself...

Daniel is a great player and at the moment is probably the best striker in the Premier League - he's scoring goals, he's got good vision and enjoys his football out on the pitch. That's the most important as a player - to enjoy yourself. Daniel's certainly doing that at the moment. I just want to come here, help my teammates however I can to try and get into the top four, and get as many games as I can at the same time.

Talking of your new teammates, how much are you looking forward to linking up with the likes of Steven Gerrard, Philippe Coutinho and Luis Suarez?

I'm definitely looking forward to it. I watched a few matches before I came here and they've done fantastically well. I can't wait to start training with them and gel into the team and get to know everyone.

Do you think the style of football Brendan Rodgers has implemented here will suit you?

Yes, definitely. The manager has done very well and the formation and players here will help me and I just want to gel in, get to know the players and play with them. There are a lot of quality players here - they're winning games and creating chances. It's a massive thing for me to be here.