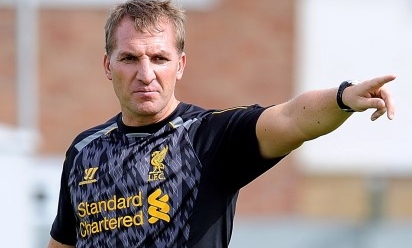 Wanted: Shankly on 'This Is Your Life'

Brendan Rodgers will target a new centre-half in his efforts to strengthen the Liverpool squad in the remaining days of the transfer window after confirming that Sebastian Coates is likely to miss most of the 2013-14 season.

The Uruguayan picked up the problem while representing his country on international duty last week, and his unfortunate lay-off could signal the arrival of another defender before September 2.

Any fresh recruits before the summer window slams shut a week on Monday may allow Andre Wisdom to depart on a temporary basis too, as Rodgers explained his reshaping objectives.

"I feel for big Seba because he's obviously played the latter part of the game and picked up a similar injury to what Martin [Kelly] had last year," the boss told reporters on Thursday.

"It's probably going to rule him out for most of the season, which is disappointing for him.

"He's never given me a minute's problem since he's been here and this was probably a year where he needed to go out and play. Unfortunately that will put an end to that.

"It's something that we're looking at, certainly, a player to come in in that position. It's to strengthen the squad but also to allow some of our younger players to develop.

"For us to maximise Andre Wisdom and his talent, I need to get him some games.

"The idea is to get him out on loan; but I can only do that if we bring in someone with a bit more experience to come in and support the group. It's two-fold really. It's certainly a position we're looking at."

The manager was also quizzed at his pre-match press conference about speculation linking the Reds with a move for sought-after Anzhi Makhachkala midfielder Willian, who is a reported target of Tottenham Hotspur.

He responded: "Over the course of the summer, we have been very ambitious in our attempts to try to get in players to improve the team.

"Some might say too ambitious but this is Liverpool Football Club - we are trying to get the best players that we possibly can. If we can't get them in, we just have to move on.

"We've got 11 days to go, we have to do everything we possibly can.

"It hasn't changed; if you're going to climb the league, you have to have quality and you have to get the best players you possibly can into your club to help you climb. That's our aim.

"Of course if you don't get the player you want, there's always that initial disappointment but you can't dwell on it. There's still a chunk of the window left.

"We've done some business early on in the window, which was very good. Now if we can finish off in these remaining days and get some players in that can help us, it would end a very good window for us."

The Northern Irishman expanded on his desire to further Wisdom's development by allowing the 20-year-old to gain experience with a potential loan switch. 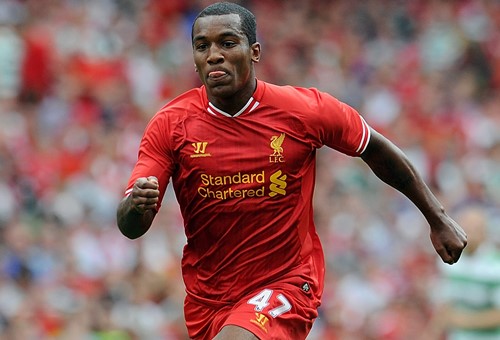 "I just think the position that he plays, it's preferable if you have that wee bit of experience," said Rodgers.

"We introduced him into the team last season at right-back and he did very well as a young player stepping in. He was excellent every time he played.

"He played centre-half mostly throughout pre-season and I think that will be his No.1 position. But in order to do that, especially at a big club, that wee bit of experience comes in.

"Unless you are in the team, which obviously he isn't, I look at it and it might be beneficial for him to get games. But it's all about timing - it has to be at the right time.

"At the minute he is very much a part of the squad, but the idea of bringing someone else now with Seba injured would release him to go and get the experience we think would improve him as a player."