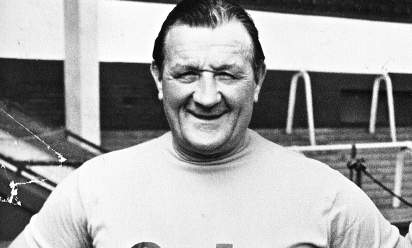 In the first instalment of this season's Academy column, Alex Inglethorpe draws upon an old adage from the great Bob Paisley to describe the sort of player he intends to send to Melwood to train with the first team.

Paisley once famously remarked: "The sort of lad I'm looking for here is a kid who'll try to nutmeg Kevin Keegan in a training match, but then step aside for him in the corridor."

And Inglethorpe insists it is still very much the same idea as he writes about Melwood training, foreign friendlies and how Brendan Rodgers' commitment to youth football is unique...

This year's pre-season has been one of the best that I've been involved in. The attitude and mentality of the players was first class. We tried to make it as varied for them as we could in order to give them the best experience as possible.

The first 10 or 12 days were here at the Academy, where we worked two sessions a day and we continued that over in Ireland, where we trained throughout our mini-tour.

We know the lads are a little younger this year and it's been a conscious decision from us within the Academy to play a very young side at U21 level. We know that, as a consequence, results this season may suffer, but we'll get a bigger picture of where we're going to be in 18 months' time.

And with that in mind, I thought that the quality our players showed against Glentoran, Hearts and Real Sociedad in pre-season was superb.

One of the things that we feel, with regards to our older age group, is that they have got to have access to top international competition.

Our thinking behind this is all to do with the fact that the Premier League is now made up of around 70 per cent foreign players.

If one of our lads is making his debut at Anfield, the chances are he's going to be up against someone from Belgium, France, Holland or Spain. So the more exposure we can give our boys to that will be really helpful for them.

It really is a huge tactical challenge when we play these teams - and that was certainly the case when we faced Sociedad. It was the hardest tactical game of pre-season.

We played against their Segunda B side - and they were probably about two or three years older than us. But I thought, tactically, it was a completely different challenge to what the boys are going to face here in England. 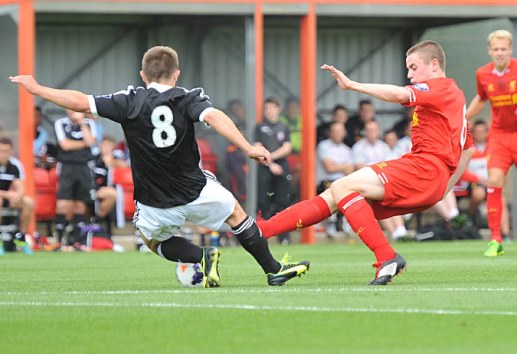 It was an open encounter, it was exciting. Both teams wanted the ball and wanted to be adventurous. Our younger players, like Daniel Trickett-Smith, Lloyd Jones and Jordan Rossiter, were excellent. They had to play at another level in every way just to survive in the game.

We've been working down at Melwood this past week during the international break.

The youth team and the reserves both went along and I think the support we get from Brendan Rodgers, Colin Pascoe, John Achterberg and Mike Marsh is outstanding.

They are always at the Academy and they are always coming down to ask about how the players are progressing. When the season gets underway it's more usual than not I'll get a phone call in the morning from Melwood asking for a player or two to go up and train there.

When they go, it's about them finding the right balance. Take Jordon Ibe as an example. At the minute he has had a very good pre-season. The message from me to him on a daily basis is: don't allow yourself to become comfortable.

He has to go in every single day as though he's going to play a World Cup final. He doesn't have the luxury of some of the other players there, where if, for whatever reason, they have a bad day at work, then all eyes will not be on them. Jordon can't afford that.

So he's got to approach each day with the upmost amount of professionalism and dedication.

When a large group of boys go up to train at Melwood, like this week, I'm looking to see if they have a sense that they can belong there - rather than just survive. I think it's easy to go up and survive and play within yourself.

My message to them would be similar to the one from Bob Paisley, which we have painted on the walls here at the Academy: "The sort of lad I'm looking for here is a kid who'll try to nutmeg Kevin Keegan in a training match...but then step aside for him in the corridor." 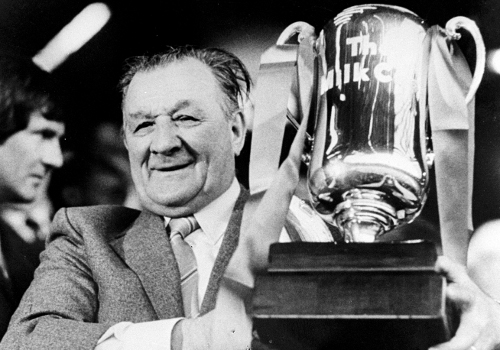 We expect the same. When they are playing, we want boys, like Jordon who is there at the minute, to show no mercy and never give up. But then if they see players in the corridor, I'd expect their eyes to go down, for them to be humble and to open the door for them.

For some people it will be technical improvements, for others it will be tactical. Some players will have to work on the physical side. For others it could be a mentality shift.

For instance, Mike Garrity, Remy Tang and I spent some time at Melwood this week working with Jack Alexander, one of our U18s players. With Jack we were focusing in detail on defending habits and we worked relentlessly on his foot patterns.

Although he wasn't involved in the session with Brendan and the other lads, I wanted his experience of Melwood to be a special one.

At the end of training, Brendan sat down with Jack and another one of our Academy boys, Dave Roberts, to talk to them one-on-one. 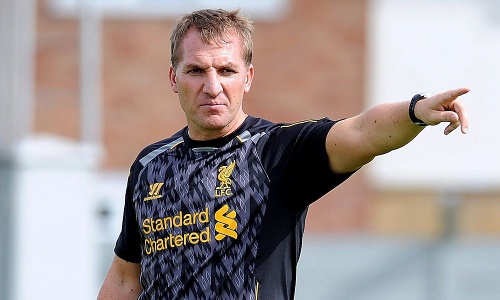 I think the manager doing that is very unique. I've said it before, but I don't think we quite know how lucky we are as an Academy to have someone like Brendan at the helm who is sympathetic towards development and young players.

Brendan has been there - he's coached a youth team, he's been an academy manager, a reserve team manager. He's someone who is prepared to give young players a chance, sometimes even at the expense of older players.

There's an awful lot of courage involved in taking the decisions he takes, so we're very, very fortunate. To take time out to speak to the individuals is incredible. It's something which I don't think is normal elsewhere around the country. Brendan knows every player's name.

I think the bar has been raised this season. With every transfer window and every player who comes in of a particular quality, the bar is raised for the Academy here. Our job is to hang onto the coat-tails of the first team.

The aim for the seven who made their debuts last year is to make two, three or four appearances. Can they go and do what Raheem Sterling has done and rack up nearer to 30 games than just the one? That's the challenge.

As the 2013-14 season progresses, we'll be hearing from different members of staff at the club's Academy in our weekly column - and you can read their thoughts every Sunday by logging on to Liverpoolfc.com.