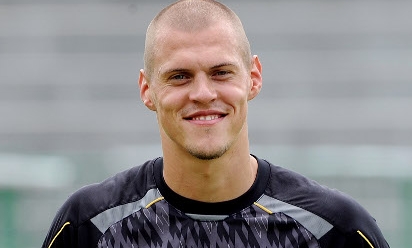 Martin Skrtel is ready to vie with Kolo Toure for a place in the Liverpool starting XI – and the Slovakian insists such competition for places is vital if the Reds are to improve as a team this season.

With Daniel Agger now installed as the club's new vice-captain, Skrtel knows he faces a fight for the remaining centre-back slot.

But he insists he's ready to improve on his performances last year and give Brendan Rodgers a selection headache throughout this campaign.

He told Liverpoolfc.com: "I think it's always good when there is competition for places and it's very important for your performance.

"The manager will decide who is in the best form and start that player. I'll do my best and all I can to make sure that I'm the one he's going to be starting with.

"Kolo is a great player. He's a very experienced player and he has been playing in the Premier League for a while.

"Throughout the five or six weeks he has been with us, he has shown that he is a quality player. He came in to play the same position as me, so we'll see who is going to start.

"Of course I will try to improve this season because I missed the second part of last season. I tried to do my best in the pre-season and show the manager I am able to play, so we'll see how it goes this season.

"I'm ready. I was ready before and I'll always be ready. Then it's up to the manager who is going to start. I will try and I will give my all to get into the team."

Skrtel featured in all four of Liverpool's pre-season games prior to Steven Gerrard's testimonial on August 3, where he was an unused substitute at Anfield.

The centre-back picked up a knock in training in the days that followed and he was consequently forced to miss out on the Reds' trips to Oslo and then Dublin for the games against Valerenga and Celtic.

He's hopeful the injury will be resolved in time for Saturday's season opener against Stoke at Anfield - but insists he'll be monitoring the problem in training over the next two days.

"Every member of the squad is excited about Saturday because the pre-season was very long and we were all waiting for the first game of the season," said Skrtel. "The game is now here and all of us are really looking forward to this game [against Stoke].

"I missed the last seven days through injury and I can say I'm feeling better now, but still not 100 per cent fit. I still have two days until the game, so I hope that I can get better and be ready for the game on Saturday."