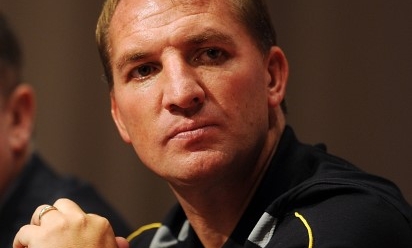 Brendan Rodgers has explained why he is only interested in players with 'the right quality' as he works to strengthen his Liverpool squad during the remainder of the summer transfer window.

The Northern Irishman has completed four signings so far, adding Luis Alberto, Iago Aspas, Simon Mignolet  and Kolo Toure to the ranks in a flurry of activity before pre-season kicked off.

Rodgers is keen to add more new faces in time for the 2013-14 campaign, but pledged that quality takes precedence over quantity in player recruitment at Anfield.

"They have to be of the right quality, that's the bottom line," the boss told LFC TV during the Reds' summer tour of Indonesia, Australia and Thailand.

"We've got money to spend on getting that quality in, but if it's not available I won't waste it for the sake of bringing a player in.

"We're really working hard to bring in the type of profile that can really help us push on. We just need to see if that's available and affordable."

The quartet who have already switched to Merseyside have enjoyed positive openings to their Liverpool career, with Aspas hitting three goals in pre-season and Mignolet yet to concede.

Rodgers continued: "All of the new boys have settled in really well.

"Simon Mignolet has been first-class. He has shown that he is one of the top young goalkeepers in European football. I think he will prove over the next coming years at Liverpool that he is a top goalkeeper.

"Kolo Toure speaks for himself - his experience and his fitness has been first-class since he came in. And he's a really good man. That was the idea of bringing him in, because of his winning mentality and his personality.

"Iago has settled in well and got a few goals in pre-season, which is great for his confidence. He's a livewire in and around the box, and he's a good man.

"Luis Alberto is obviously still young but has shown the qualities, technically, and has got a strong mentality. I think we can see early on that he can end up being a very good player for Liverpool."

Teenagers Jordon Ibe and Raheem Sterling were two impressive performers throughout the journey to the other side of the world, following breakthroughs in 2012-13.

The pair have given the manager food for thought ahead of the Reds' Barclays Premier League opener against Stoke City on August 17 - and the 40-year-old's starting XI is not set in stone.

"The players have the opportunity every single day to show that desire to be in the team," he said.

"We finished strongly at the end of last season and it's important to build on that. The first two to three weeks is really about getting your fitness and your football fitness levels up.

"After that, you then get the chance to stake your place in the starting XI. So there's always room there for people to force their way into the team.

"Some of the young players have been brilliant on the trip, the likes of young Raheem Sterling. He has reminded me of what he was last summer, but he has got a little bit more personality now he has had a year's experience. At 18, he has looked really good.

"Young Jordon Ibe, for 17 years of age, the talk before we came over was that he might need to get experience at a lower level just to get used to playing in front of crowds.

"The senior players have been outstanding, in how they have taken a responsible role and led the group.

"Steven Gerrard has been immaculate as he always is - a truly top-class player but a proper gentleman who leads the group really well. It's a team that's improving and progressing, but still always with room to improve."