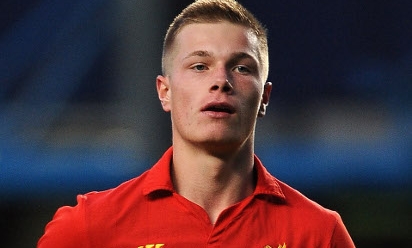 Houllier: Stevie had to be skipper

We watched from afar for 17 years as Jamie Carragher bellowed orders at his Liverpool teammates - but how does it feel to receive Carra's friendly advice up close and personal? 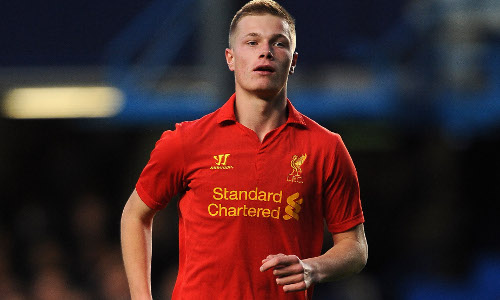 Academy starlet Daniel Cleary had the privilege of training alongside the Reds legend during one of Carragher's final Melwood sessions before he retired in May this year.

At the tender age of 17, Cleary was paired with Carragher for numerous defensive drills - and after a whirlwind two-hour training session, the youngster came away inspired, having followed his childhood hero at such close quarters.

"Carragher has always stood out for me because of his work-rate, which is just amazing," Daniel told Liverpoolfc.com at the Reds' Milk Cup base in Limavady, Northern Ireland.

"I'm a player who tries to have a high work-rate all the time and so I look up to players who are dedicated to working hard in training and out on the field.

"He was an amazing leader. I saw him around the place and I watched him train as well. He was the same in training as he was out on the pitch.

"I actually trained with him last season up at Melwood and I just learned so much from him in what was only a two-hour session. He was telling me what to do and I was just eager to do whatever he told me.

"We were practising crossing and finishing - and Jamie and I were the defending pair at the back. So we would take turns at dealing with crosses into the box. And he would watch me and tell me not to go in too early, not to do certain things, to hold back and wait for the cross.

"When it was my turn to watch him, he won every single header and that was amazing. It was such a privilege to train with a true Liverpool legend."

Cleary pulled on the armband for the U17s' first game of their Milk Cup campaign on Monday evening; however, there was disappointment for the defender as County Armagh raced into a 3-0 lead and held out to win 3-2.

Mike Garrity's side then bounced back in style on Tuesday, when goals from Sergi Canos, Harry Wilson and Pedro Chirivella helped them to a 3-1 victory over Chilean outfit O'Higgins FC.

The Reds were afforded a warm welcome when they arrived in Northern Ireland on Sunday as they joined the other 43 competing sides for a parade through the streets of Coleraine.

And Dublin-born Cleary admitted he was bowled over by the support.

"The fans over here are mad in Ireland," he said. "I think Liverpool have the biggest fanbase in Ireland and that's great for me.

"The parade was amazing - I thought there would be nobody there because of the rain, but there was loads of people there - fans from every team, but mostly Liverpool.

"There were little kids in kits who didn't care about the rain - they just wanted to see us and that was fantastic."