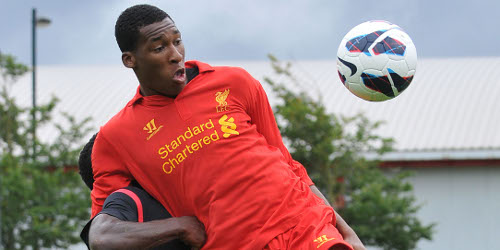 The 19-year-old will remain with the Jags, who won promotion to the Scottish top-flight last season, until January 1, 2014.

Mukendi can play as either a traditional No.9 or in a wide left position - and for the first five months of the 2012-13 campaign, he enjoyed a loan spell at League Two side Northampton Town.

A talented attacker, who originally hails from DR Congo, Mukendi arrived at Kirkby in 2007.