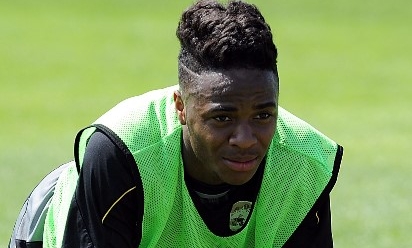 Joe Allen and Raheem Sterling are in contention for injury comebacks against Preston North End this weekend, while defender Martin Kelly will be assessed further before returning to action.

Liverpool kick off their pre-season programme for 2013-14 at Deepdale on Saturday in a match which is available live online for LFC TV Online subscribers.

Allen missed the final two months of the 2012-13 campaign following shoulder surgery; Sterling, meanwhile, was rested in the closing weeks of last season due to a thigh complaint.

Kelly, on the other hand, was on the sidelines from September 2012 after suffering a rupture to his anterior cruciate ligament during a clash with Manchester United.

Brendan Rodgers told Liverpoolfc.com: "Joe Allen had an operation and Raheem was out injured for the latter part of the season.

"Raheem has looked great. These are players that are coming back and have looked very good in the early parts of training.

The Reds' fixture with Preston precedes the club's pre-season tour to Indonesia, Australia and Thailand; Rodgers believes it's an ideal opportunity to improve fitness levels.

"We're really looking forward to it. It's a game that comes at the end of our second week of pre-season," the 40-year-old continued.

"The players have been very good in their application and their work ethic has been outstanding. I felt it was important for us to have a game before we set off next week on our pre-season tour, and a game against a great club like Preston - an historic team - is a perfect match for us.

"The main priority is to make sure that the players improve and develop their fitness level, that's the most important element of it. It's also important that we have no injuries.

"But every player knows that every time they step onto the field, whether it's a friendly game or a training session for that matter, it's an opportunity for them to showcase their talents.

"The priority is really the fitness, to develop and improve that, and to ensure that we come out of it with no injuries."