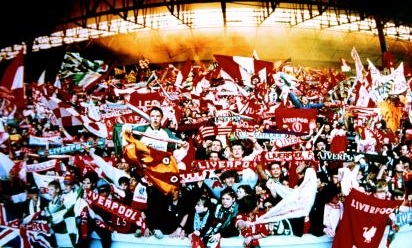 As our poll of 100 Players Who Shook the Kop continues to provoke plenty of debate and discussion, we decided to take a look at some of the moments that have shaken the famous old stand to its foundations down the years.

Football Writers' Association member and life-long Liverpool fan Brian Reece went through the history books to pick out 10 of the most defining moments in Anfield history and the ones that truly had the Kop rocking. 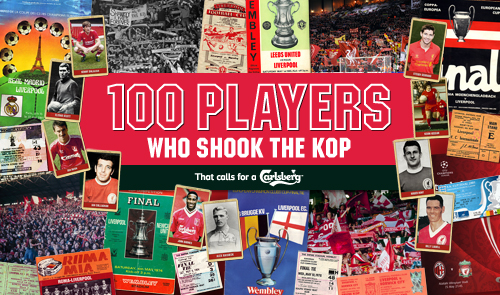 It was May 1965, Liverpool were entertaining Inter Milan in the European Cup semi-final first leg at Anfield. The atmosphere was electric and the Kop was in full voice. As the Italian side were about to come on to the pitch, Bill Shankly sent on Byrne and Milne to parade the FA Cup, which had been won for the first time a few days earlier. Byrne had heroically played with a broken collar bone at Wembley, while Milne missed the final though injury. 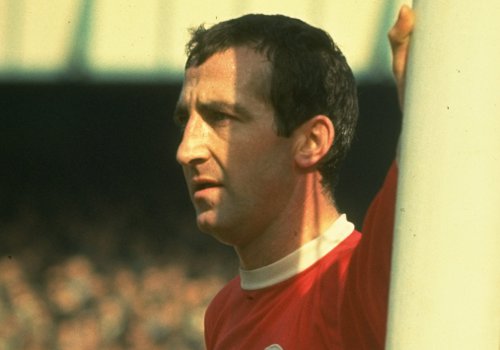 When the fans saw the injured pair emerge with the trophy, Anfield went wild with jubilation and the noise from the Kop was deafening. It was a master-stroke by Shankly. It was designed to unsettle the Inter players and it had the desired effect. The Reds, roared on by the Kop, romped home 3-1 winners. The atmosphere that night would become the benchmark for European nights at Anfield.

Fairclough (below) was known to Liverpool fans as 'super sub' and he lived up to that nickname with one of the most famous goals scored at Anfield. Liverpool were leading 2-1 in the second leg of the European Cup quarter-final against St Etienne. The tie was all square on aggregate but the French side were ahead on the away goals rule. The atmosphere was becoming increasingly anxious as time dwindled away. 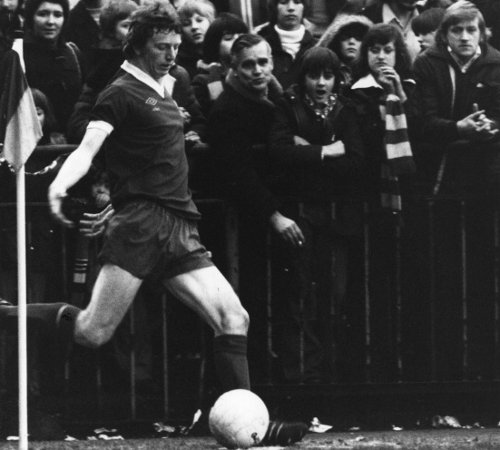 With four minutes left, Ray Kennedy played a ball that split the St Etienne defence and Fairclough saw an opportunity. He sprinted between the centre-backs, brought the ball under control, fired it low under the oncoming goalkeeper and into the back of the net in front of the Kop. Anfield was delirious. It was - and arguably still is - the greatest atmosphere and individual moment the Kop has ever witnessed.

Luis Garcia's goal against Chelsea in the 2005 Champions League semi-final.

Garcia had scored some fantastic goals for the Reds during his career, including a cracker against Juventus at Anfield in the previous round. However, this winning goal that sent Liverpool into the 2005 Champions League final (below) will go down in history as one of the most memorable moments Anfield has seen. The Reds faced Jose Mourinho's Chelsea, who had just clinched the Premier League title a few days before. The London club were confident they would reach the final in Istanbul. The build-up to the game revived sights that Anfield had not witnessed for more than 20 years. The entire ground was in full swing with You'll Never Walk Alone ringing around Anfield. 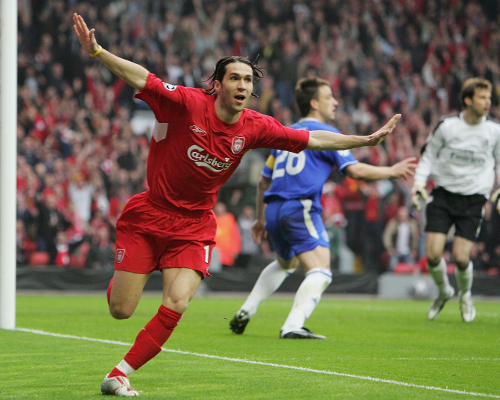 It was the most important match for Liverpool in two decades. Just four minutes into the game, Steven Gerrard played Milan Baros through towards goal. Petr Cech collided with Baros and Luis Garcia ran on to the loose ball. His shot cleared John Terry's outstretched leg and slowly bounced towards goal. William Gallas desperately attempted to clear, but the defender's attempt was unsuccessful. Garcia turned away in delight while Chelsea protested. But the referee ruled that the ball had crossed the line and the Kop exploded as if an earthquake had hit the ground, Anfield was rocking to its very foundations. Liverpool held on to win the match. The goal set up something even more dramatic - the legendary Champions League final in Istanbul.

Liverpool's Danish maestro Molby (below) is considered by many to be one of the best midfielders to play for the Reds. His fantastic ability and range of passing made him popular with the Kop. But whenever Molby's name is mentioned, the goal he scored against arch rivals Manchester United in a Milk Cup tie at Anfield in 1985 is still discussed in awed tones. 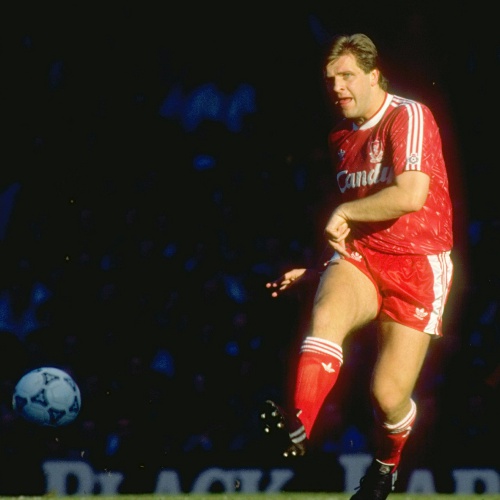 Molby dispossessed Norman Whiteside just inside Liverpool's half and embarked on a 40-yard run, beating three United players. Reaching the edge of the box, the Dane unleashed a thunderous drive that was simply unstoppable. The Kop screamed the roof off with sheer excitement and Molby later described this goal as his 'best ever'. The big man would score many goals for the Reds but none would be as good or as emotional as this one.

Jimmy Case's goal against Bruges in the 1976 UEFA Cup final.

Case was a fantastic midfielder and played in some of Liverpool's greatest matches, but his contribution in the first leg of the UEFA Cup final at Anfield will be remembered as one of his finest. Liverpool found themselves 2-0 down within 15 minutes. The chance of winning a European trophy looked to be slipping away. At half-time, Bob Paisley replaced John Toshack with Case (below) and the effect was stunning. 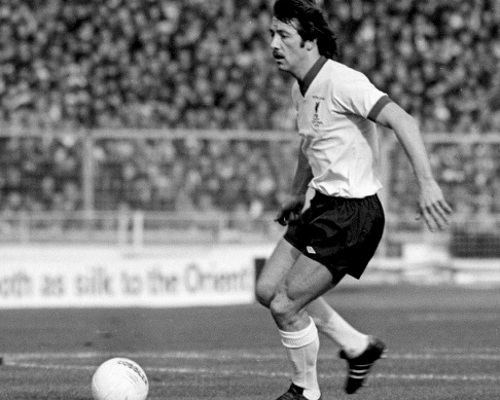 Case terrorised the Bruges defence with his runs. When Ray Kennedy scored to make it 2-1, the Kop's voice returned. Two minutes later, Kennedy struck the post and Case pounced to fire the ball home from close range to level the scores. The Kop's reaction was amazing, driving the players forward. Bruges crumpled and Kevin Keegan scored a penalty four minutes later to give Liverpool a first- leg lead.

John Aldridge's goal against Crystal Palace in his final game for Liverpool.

Aldridge was part of one of the best Liverpool squads assembled. He played in an era of Liverpool domination and had the luxury of performing alongside such greats as John Barnes, Ian Rush, Peter Beardsley and Alan Hansen. Aldridge (below) was a Kop favourite. They loved his commitment and goalscoring abilities. The striker would score 63 goals for the Reds, but none were celebrated more than his last goal, in Liverpool's 9-0 demolition of Crystal Palace. The crowd at Anfield had come to see one thing and one thing only that night: Aldridge's final appearance in a red shirt. But it was a long wait. 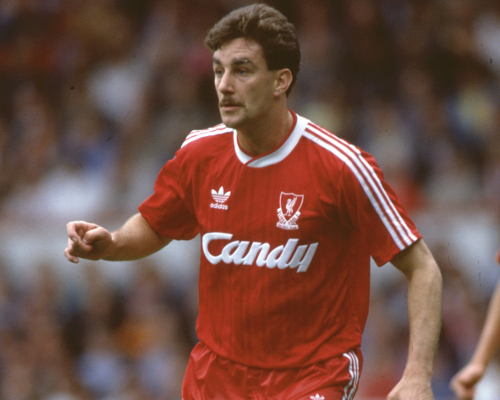 As Liverpool went about the destruction of Palace, Aldridge had to watch from the bench until the 66th minute. Liverpool were awarded a penalty and the Kop screamed for their hero. With a rare sentimental touch, Kenny Dalglish granted the Kop's wishes and sent Aldridge on to take the penalty. The crowd held their breath as he walked up to take it but Aldridge was calm, side-footing the ball home. Joy was tinged with sadness, however, on an emotional night for Aldridge and the Kop. The striker left Anfield for the last time as a Liverpool player, but not before throwing his shirt into the famous old stand as a farewell gift.

Ronnie Whelan's goal against Spurs in 1982.

Ronnie Whelan scored many spectacular goals in his Liverpool career and his fantastic strike to seal the league title in 1982 (below) is undoubtedly one of his finest. The Reds were looking to wrap up the league but Ray Clemence, returning for the first time since joining Tottenham Hotspur, stood between his old club and victory. Glenn Hoddle scored a fine goal for Spurs but the home side came roaring back. 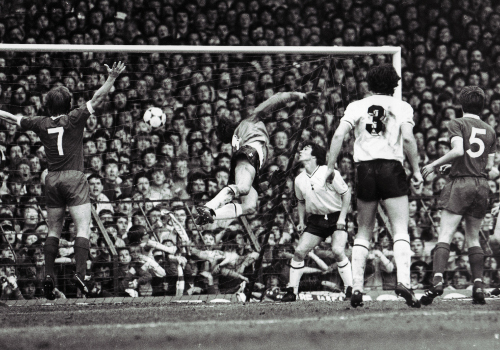 Goals from Mark Lawrenson and Kenny Dalglish put them in front, but it was Whelan who scored the third goal that made the title safe. The Irishman hit a thunderous strike that left Clemence well beaten. The Kop were in party mood and continued singing and swaying long after the final whistle, giving the champions a fabulous send-off as they completed their lap of honour.

Jack Balmer's hat-trick against Arsenal in 1946.

Balmer was the talk of English football back 1946. He had scored hat-tricks in each of his two previous games and the Anfield crowd was hoping Balmer could complete a feat that no other player had managed. Three successive hat-tricks would place him in the record books. Balmer (below, left) had notched three against both Portsmouth and Derby County but now the Reds faced Arsenal. The Kop sensed history in the making. It took 15 minutes for Balmer to get off the mark with a penalty. 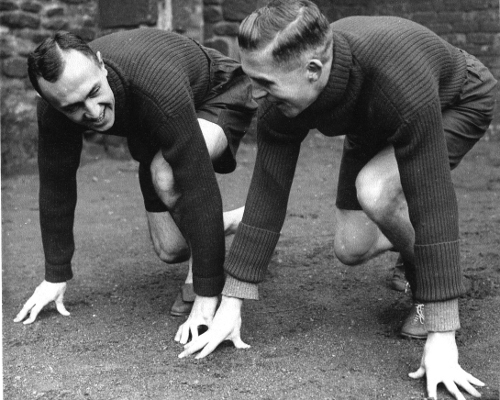 However, by half-time the London club were 2-1 up. Balmer and Liverpool came to life after the break. On the hour, the striker scrambled home an equaliser. A place in history beckoned. Them, 10 minutes later, Balmer made the transition from player to legend with a third goal. Three games, three hat-tricks gave him a record that stands to this day. The Football Echo reported that it was the 'biggest cheer Anfield have ever known'.

Liverpool's first match in all red.

In November 1964, Bill Shankly came up with an idea to make the team look more formidable to opponents. Liverpool were about to wear an all-red kit for the first time. An iconic symbol of footballing history was born. Until then, the club had worn white shorts. Liverpool's legendary striker Ian St John recalls the moment when Shankly handed another legend, Ron Yeats (below), the new kit. "Get into those shorts and let's see how you look," said Shankly. "Christ, Ronnie, you look awesome. Terrifying. You look seven-feet tall." 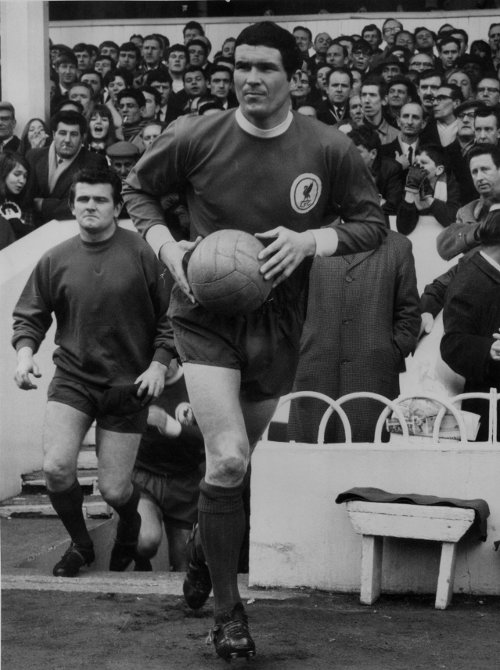 The Reds were facing Anderlecht and the Anfield faithful were in for a treat. St John scored the first goal in the all-red kit after 10 minutes to the joy of the Kop. Then Roger Hunt added a second before half-time. To round off a fantastic night, Yeats scored a third in the 50th minute in front of the Kop, the first in the new kit. Shankly's idea that an all-red kit would give Liverpool an intimidating advantage would be proved right for years to come.

Billy Liddell's goal that never was against Manchester City in 1956.

Liddell is arguably the finest Liverpool striker of all time. His skill and ability was far advanced for his time and he is still adored by the fans - those who watched the great Scottish winger play say he was the greatest. One match in particular is remembered fondly. Playing against Manchester City in 1956 in an FA Cup tie, Liverpool were trailing 2-1. In the dying moments of the game, Liddell broke through the City defence and let fly. His shot flew into the net and the Kop went wild. However, the referee had blown his whistle the moment Liddell hit the ball. To the disappointment of the crowd - many of whom left thinking Liverpool had earned a replay - City had won the game.

Have you cast your vote in 100 Players Who Shook the Kop yet? If not, have your say below now, in association with Carlsberg.

Fill out my online form.