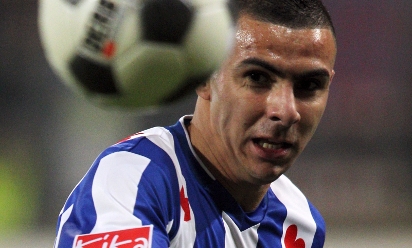 Oussama Assaidi signed in as a Liverpool player today – here are 10 things you mightn't know about our new boy...

1. Assaidi is right footed. He can play on either wing or through the middle.

2. The forward wore the 22 shirt at Heerenveen, but that number is currently taken at Anfield by young Danny Wilson.

3. He could have played for Holland having moved there aged four and come through the youth ranks at AZ - however, he decided to stay loyal to his country of birth and made his international debut in 2011.

4. Assaidi's decision to play for Morocco means he could be absent between January 19 and February 10, if they qualify for the African Cup of Nations.

5. Though noted for his trickery, he is also recognised as someone who works extremely hard for the team. In fact, international boss Eric Gerets once told Adel Taarabt when he left him out for Morocco: "Watch (Assaidi) and you'll figure why you're not in the team."

6. The wide man scored 20 goals in 68 appearances for Heerenveen.

7. Three of those came in one game against then reigning champions FC Twente. The game ended 6-2 and our latest signing had a part in all six goals, also claiming two assists and winning a penalty.

10. Assaidi will become the second Moroccan to have played for Liverpool after Nabil El Zhar.