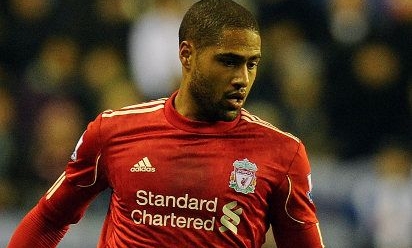 Glen Johnson won't take his eyes off his medal if Liverpool beat Chelsea in the FA Cup final on Saturday.

Last time he won the Cup, his medal was stolen.

The right-back was part of the Portsmouth side that overcame Cardiff 1-0 in 2008.

He describes it as one of his best days in football, but it was a day marred by thieves.

"I remember everything," Johnson told Liverpoolfc.tv. "That's what you play football for – to win trophies. So it's great memories.

"It's hard to describe how it felt walking out at Wembley, but those are the moments you work hard for. The days you work day in, day out to achieve.

"It's great to see the rivalries between the two sets of fans. The fans are excited on the day leading up to it and the night before. The whole build up is fantastic.

"But yes, me and Jamie Ashdown had our medals stolen.

"After the final the club had booked a meal and a night out for everybody. When we went back to the hotel before the meal, we put our medals in our rooms, and I hid mine in a bag, in another bag, in another bag, but we got back and I woke up the next morning and it wasn't there.

"Thankfully they made us another one. That one's in a safe place!"

Johnson played for Chelsea between 2003 and 2007 but he claims he'll feel no additional emotion competing against his former employers.

"It's doesn't add extra spice for me," said Johnson. "I take it as any other game, but it's a big occasion.

"It's going to be a difficult game. Any game in the final, you know it's going to be against a good team because everybody rises to the occasion. We're expecting a tough game.

"It's great for the club to be in another final and we'll look to try and get another trophy."

Going to Wembley? Here's a guide to the stadium>>