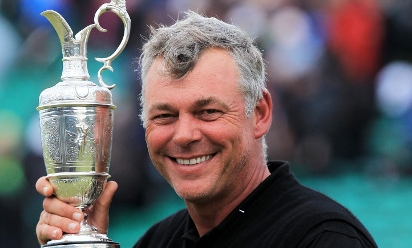 Not many people in the world can do what Darren Clarke can with one imperious swing of a golf club.

And few golfers in the game today can claim to have touched the hearts of so many sport-lovers with such a passionate approach to the game.

When Clarke stormed to a poignant victory on the finest golfing stage of them all at the Open Championship last July - a crown which he will seek to defend in three months time at Royal Lytham & St Anne's - there wasn't a dry eye in sight as he gracefully accepted the Claret Jug.

His 22-year career has been punctuated by world firsts, like becoming the first player to win the English Open three times, in 2002, and the first player outside Tiger Woods to capture more than one World Golf Championship title, in 2003. 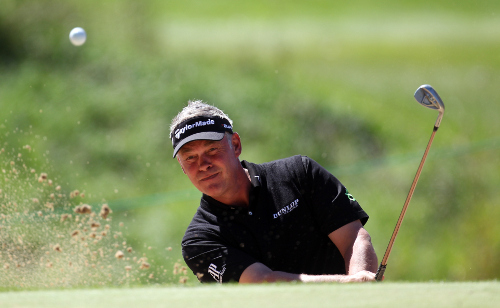 But behind the ultra-professional, there is a dedicated Reds fan who loves nothing more than feeling the buzz of walking through the turnstiles at Anfield on matchday, reminiscing about the famous wins of yesteryear and looking forward in eager anticipation to future glories.

The Ulsterman barely had time to collect his luggage after landing in South Korea, where he was preparing to play in the Ballantine's Championship, when Liverpoolfc.tv called.

And regardless of the effects of a long-haul flight, he was keen as ever to talk us through his love for the club, his friendly rivalry with Manchester United fan Rory McIlroy and give us the verdict on Kenny Dalglish's golfing skills.

Clarke began his story in 1976, in County Tyrone, Northern Ireland, with one almighty dilemma as the backdrop.

"My old man was an Evertonian," laughed Clarke. "There were many teams that you could end up supporting where I was from. Liverpool were one of the more popular ones but they weren't the only ones.

"My dad was a Blue and it often happens that way - sons go the other way to their fathers. I think it's probably to do with trying to wind them up at an early age. I think that's what it was with me: I wanted to give him a bit of stick. It was definitely a good choice though.

"So I've supported Liverpool since I was eight. They've always been the club for me. They are my team and I'll support them through thick and thin."

What a time to begin life as a Red, regardless of whether it forced a divide between family loyalties. Liverpool were on the brink of winning their first European Cup in Rome and the side Bob Paisley inherited from Bill Shankly was perfectly poised to conquer Europe. 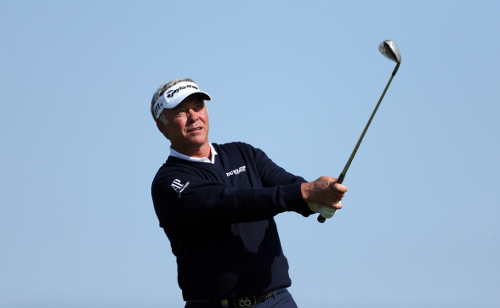 "We had a great team," recalled Clarke. "I loved all the players. Kenny was great, Rushy was great. Hansen was class.

"I'd probably say one of my favourites was Alan Kennedy, the full-back. I'll always remember the goals he scored in the European Cup finals in the early 80s.

"I've met quite a few of the players since then. At first I was a little star-struck but after time I got to know the likes of Kenny, Hansen and players from other sides, like Alan Shearer. And that was mainly through their love of golf."

And how do they fare on the course?

"Hansen claims to be the best," admitted Clarke. "Kenny, on the other hand, isn't bad at all. He plays it very safe because he always wants to win. All the time. But then all the best sportsmen do."

Clarke has played at some of the finest venues in world sport but he'll always remember the first time he experienced the atmosphere inside Anfield.

"My first ever game, I was standing on the Kop and it was just amazing," said Clarke. "I always remember the atmosphere. It was special from the word go. 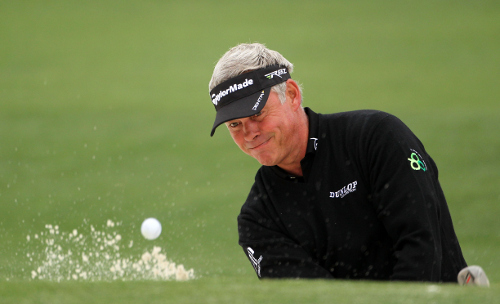 "The whole occasion and the whole event, from the fans and their singing, to the quality of football on the pitch, it was brilliant. Anfield is up there with any sporting arena in the world."

It was at Anfield, seven years ago, when the highlight of Clarke's time as a Red came to fruition on one of the most passionate and captivating nights in the club's history.

For Reds of a younger age, beating Chelsea in the Champions League semi-final at Anfield on May 4, 2005, was their equivalent to famous European nights against Inter Milan in 1965 and St. Etienne in 1977.

For Clarke, a fan of 36 years, it was simply the best.

"A few years back, I remember watching the Chelsea game in the European Cup," he said. "I was in the stadium that night and it made the hairs on the back of my neck stand up.

"From about ten minutes before kick-off the atmosphere was electric. The pre-match build-up, the occasion was just something else altogether."

"Three weeks later in Istanbul, we were 3-0 down at half-time and it was game over for me. I was deflated like every other Red. But the way the players came back and fought and the way Stevie Gerrard led by example, was just typical of the club."

The highs have often come hand in hand with the lows for Clarke. As was the case on the night Liverpool won their fifth European Cup in Istanbul. He was in a hospital, caring for his late wife Heather.

Six weeks later, Clarke's character and sheer resolve was manifest as he played a pivotal part for the Europe side that clinched the Ryder Cup, producing some of his finest golf and winning all three of his matches. 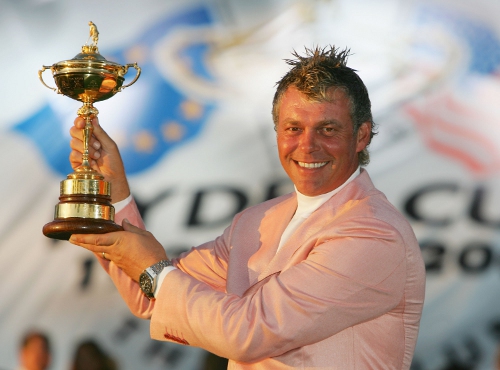 This year he is out to defend the Open Championship against the likes of Rory McIlroy and Tiger Woods at Lytham and St. Annes, about an hour-and-a-half drive up the North West coast from Liverpool.

"It will be great fun," said Clarke. "The Open is the best. There's nothing like it in the sport and I was very fortunate to win it last year. That was an unbelievable moment for me.

"It's not far from Liverpool, but unfortunately for me, the lads will all be away, with it being in July. They'll all be on holiday, there won't be any matches for me to go and watch."

The Championship will be preceded by four practice days from the 15 to 18 July, where visitors will have the chance to see golfing legends, like Clarke, in action before the contest gets under way between July 19-22.

Under 16s go free to the event and to practice days, which are an easier and more informal way to get up close and personal with the stars.

One such star, Rory McIlroy, boasts a certain off-course rivalry, albeit an affable one, with Clarke. It's a rivalry that tends to take centre stage when the two compatriots meet on tour.

"There's a fair bit of stick that flies round between the golfers," said Clarke. "McIlroy is a big Manchester United fan. He's always looking to put the boot in when it comes to banter. Hopefully I'll be in a good position to give it back come May 5!

"Wherever I am around the world, I'm following Liverpool. I keep track of the website. All the guys over here have teams, all the guys on the tour. We watch games on our laptops but unfortunately, sometimes the golf gets in the way of me watching the Reds."

McIlroy tweeted to Clarke following his Open triumph last year, stating that 'Northern Ireland was the golf capital of the world'. 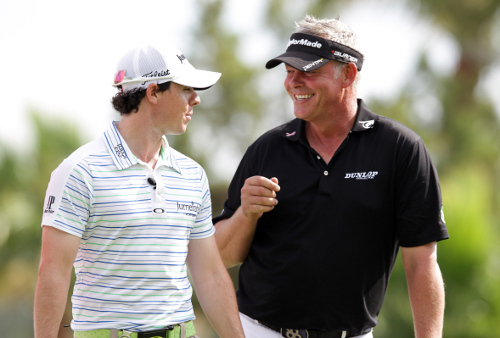 We put it to Clarke that two Saturdays ago, Liverpool was the sporting capital of the world, when both of the city's teams descended on Wembley for an FA Cup semi-final and Aintree played host to the Grand National on the same day.

"Yeah, it certainly seemed that way," said Clarke. "I couldn't be there unfortunately - I was in the Bahamas. It was a great win for the Reds. They did brilliantly and it was great to see Andy Carroll score. He's like any sportsman. He's been working hard on his game and it's paid off for him recently.

"It's been great to see a trophy come back to Anfield after a six-year wait. And if the lads pick up the FA Cup in a few weeks time, it will be a great double."

While Clarke sets his sights firmly on retaining the Claret Jug in June, he had a rousing message of support for the Liverpool side who will take to the Wembley turf to face Chelsea on May 5, in the FA Cup final.

"The team have been written off before, many times, but they've always come through with their pride intact," said Clarke.

"As for the game, I think it will be a very tight match. Chelsea are starting to show a bit of form again but we've got a great chance. Best of luck to the lads."

If you're interested in seeing Clarke in action at the Open Championship, tickets and a variety of packages are available. For more information or to purchase tickets – standard and hospitality - call 01334 460000 or email tickets@randa.org. 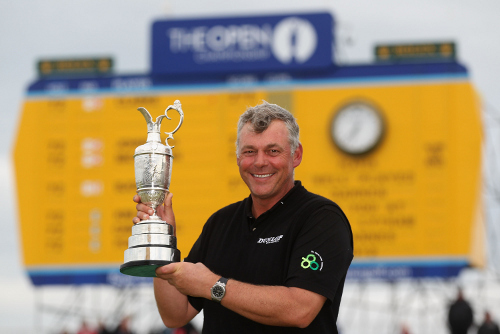