How would you like the chance to win two tickets to this season's FA Cup final just by taking a photo of yourself supporting Liverpool against Brighton this weekend?

Well, the Football Association are on the lookout for the competition's most passionate fans - and they want to reward the best with two tickets to May's Wembley final.

All you have to do to enter is upload a photo of you supporting Liverpool to www.TheFA.com/TheFACup/FanPhotos. 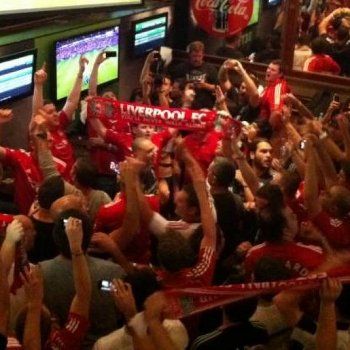 Your photo might be at our Anfield clash with Brighton, down the pub with some friends or even in the armchair at home. The choice is yours. Fans can also enter their photo in the competition by Tweeting it with the #myfacup and #liverpool hastags.

The photo voted the best of each round from now until the semi-finals will win two tickets to the FA Cup final, where the best photos will also be shown off on the big screens at Wembley.

What's more, anyone can win two tickets to one of the semi-finals in April by voting for their favourite photo on the Fan Photos tab at www.TheFA.com/TheFACup.