The cat seen running around Anfield during last night's goalless draw with Tottenham Hotspur bore an uncanny resemblance to a famous moggy who was the club's unofficial mascot in the 80s.

Moglet, as the feline was affectionately known, was the cat on the match programme cover in the 1982-83 season pictured with the Milk Cup.

It was adopted by the club's ground staff after being left abandoned outside the stadium gates.

Moglet was considered a lucky omen by the players and staff at Anfield at the time, though our feline friend from the 80s has long since sadly passed away.

However, with King Kenny's men back at Wembley in the Carling Cup final this year, is this new cat a long lost relative of Moglet?

Decide for yourselves by comparing the two pictures below. 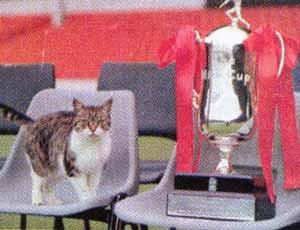 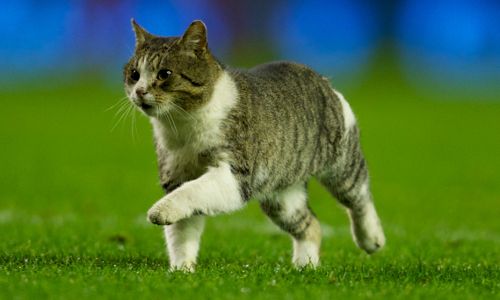