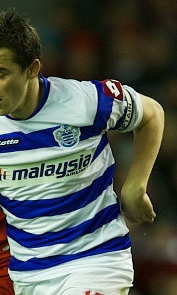 Joey Barton has paid tribute to the Kop after he received a rapturous ovation during Saturday's 1-0 success over QPR.

The former Newcastle midfielder's reputation has risen amongst Reds fans after he was a vocal supporter of an online petition urging the government to withdraw its opposition to the full disclosure of documents relating to the 1989 Hillsborough disaster.

Communicating via his official Twitter account following the game, Barton said: "Ah well, maybe we could have nicked a point in the end. Definitely the stronger team towards the end. Liverpool played some great football 1st.

"Just like to say thanks to The Kop for their reception today. Means a lot.....#jft96"