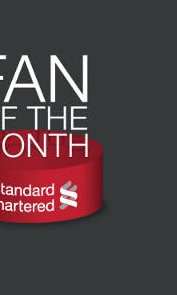 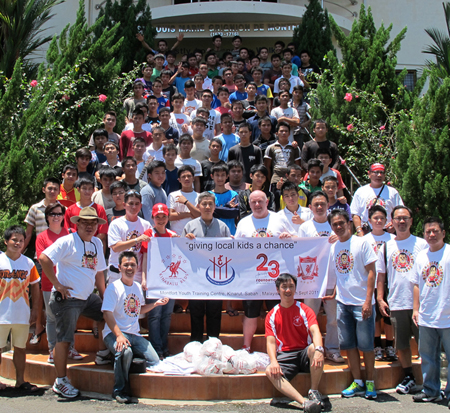 The 50-year-old Kopite may now live thousands of miles away from Anfield after spending his early years based in North Wales, but his passion for the Reds hasn't dimmed and he now uses his love of Liverpool FC to help promote the club in his country - and raise thousands of pounds for charity.

His story won the overwhelming backing of our four-man panel - comprising LFC Managing Director Ian Ayre, Kop legend Ian Rush, Times' journalist Tony Barrett and Standard Chartered Head of Corportate Affairs Gavin Laws - who were tasked with the job of choosing a winner from this month's short-list of entries.

"I first started to travel to Anfield from North Wales when I was 13 years old, and that was quite a journey for a kid in those days. These days I have a slightly longer 12,000 mile round trip from my home in Hong Kong!" explains Steve.

"In Hong Kong I run a 'Liverpool FC Supporters Hong Kong' site, with over 140,000 fans from 132 countries in the world following me, making a staggering 600,000 hits a day!  I engage them with daily news and reviews, and a lot of monthly competitions.

"I use my love of Liverpool and our huge fan base to raise money for charity. I have made over £25,000 this year to date, with the bulk of it going to Jamie Carragher's 23 Foundation, for which I am the Asia Ambassador.

"I also help a lot of underprivileged kids in Asia and Africa. Recently I visited and donated a specially designed t-shirt and 'Liverpool' footballs to kids at an orphanage in Sabah, Malaysia. And I have since got Carra to endorse an under 12's Futsal competition I am sponsoring for almost 800 kids there in February.

"I am visiting India in November to try and do something similar there next. Visits are arranged with the help of the local Liverpool Supporters Clubs, and this really demonstrates we are one LFC big family!

"My mission is to try and bring to others the joy Liverpool has brought to me, and giving under privileged kids a football to kick around, and a Liverpool team to follow, can not only help them forget their troubles for a while, but can help them exercise, develop team work and give them self respect. And hopefully build some Liverpool talent for the future!" 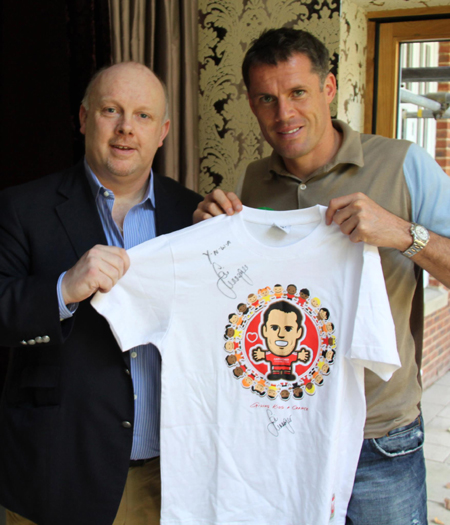 Following in the footsteps of Dan Wakefield, who was last month confirmed as the first ever Standard Chartered Fan of the Month, Steve's entry was the unanimous choice of our judging panel.

"Steve's love of Liverpool is made obvious by his commitment to go to extreme lengths to see them play but what sets him apart is his ability to use his passion for the club to promote good causes," said Times journalist Tony Barrett. "Raising almost £25,000 for charities, the majority going to Jamie Carragher's 23 Foundation, and working with underprivileged children in Asia and Africa, Steve is the kind of ambassador that any club would be proud to have."

Gavin Laws added: "Distance is no object to a man who lives the Liverpool passion every day and his commitment to charitable work just makes him an obvious choice for fan of the month." 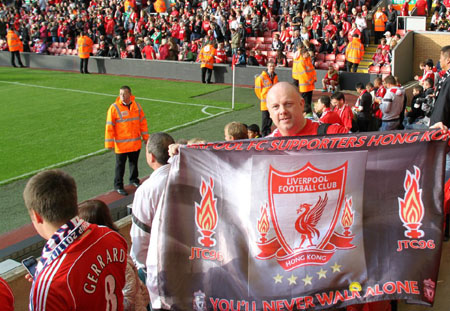 Nominations are now being invited for the November Fan of the Month.

Do you, or someone you know, demonstrate an exceptional passion for the club and what it means to be a Liverpool fan? Has your dedication led you to travel the furthest? Work the hardest? Or go the extra mile in your support? Do you know the kind of fan that makes this club special by helping those around them? Do you ensure that others never have to walk alone? Is there someone within the Liverpool fan community that is an unsung hero that you think deserves recognition?

This is your chance to tell us. Please email liverpoolfc.fanofthemonth@sc.com, telling us in no more than 250 words how you are committed, or how you are inspired by someone else's commitment. The closing date for nominations is November 28.