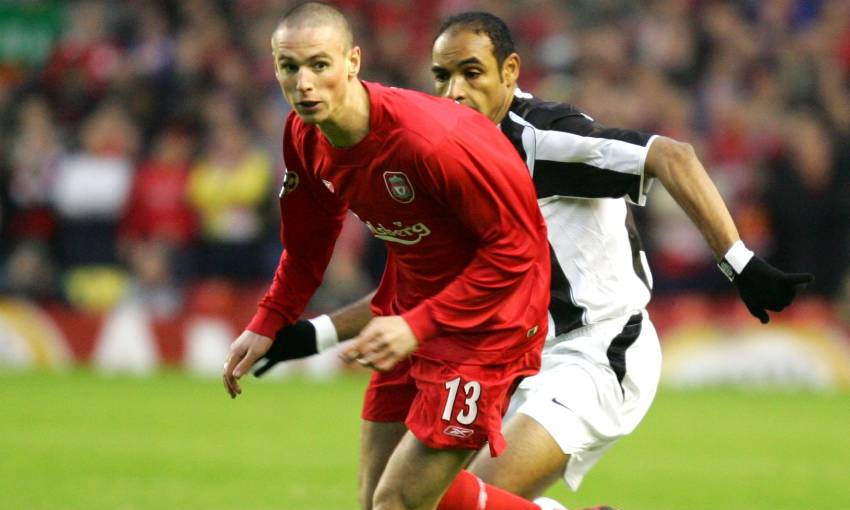 Memories of winning the Champions League with Liverpool were running through Anthony Le Tallec's mind when he finally decided to call time on his career.

Aged 36, the Frenchman hung up his boots last month after a stint with FC Annecy in the third tier of French football.

Ending his two-decade journey as a player – which involved spells in France, England and Greece – was difficult, but also offered the chance to reflect.

"It was a hard decision for me because I played 20 years as a professional," Le Tallec tells Liverpoolfc.com.

"My biggest moments were the World Cup with the U17s, the Champions League, of course, with Liverpool and the French Cup with Sochaux in 2007.

"My future will be around football, that's for sure."

Le Tallec was brought to Anfield by Gerard Houllier in the summer of 2003 from Le Havre, along with Florent Sinama-Pongolle.

Four loan spells limited him to just 32 appearances for the Reds, though he did score in the UEFA Cup against Olimpija during his first season. 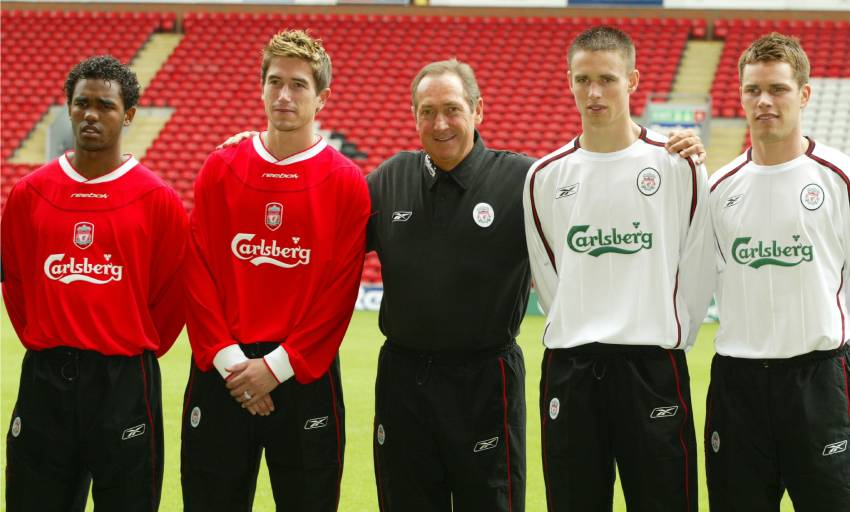 "Liverpool was one of the best clubs in Europe and for me it was great to sign here," he says.

"I was very excited of course. A lot of clubs wanted me but I decided to join this city, this club with a big history of football. I love Scousers now.

"I have seen a lot of things with this club and I learned so much. To play with big players, it's not done to everyone and playing at Anfield was unbelievable."

Le Tallec's standout moment was when, aged 20, he made his first start of the 2004-05 campaign as Juventus arrived on Merseyside to kick off a Champions League quarter-final.

He played his part in one of the greatest European goals scored at Anfield, credited with the assist for Luis Garcia's stunner past Gianluigi Buffon.

"This game against Juventus, it's the biggest game of my career," he admits. "It's a great memory and I assisted Luis Garcia.

"It meant a lot for me to participate in this campaign and win this trophy. I am so proud of this. Everybody talks to me about this."

Playing his part in the 2005 European Cup triumph ensured he'd always be remembered, wherever he went in the world.

He finishes: "I played in plenty of places in Europe and people always talk to me about Liverpool.

"They have so many fans in Europe, in the world and it's unbelievable. Even when I was in Greece.

"Of course I still follow LFC now, always. You'll Never Walk Alone. I know [Jürgen Klopp] because he made my brother, Damien, play his first game as a professional at Borussia Dortmund. My brother talks very good about his personality – he's a top man."