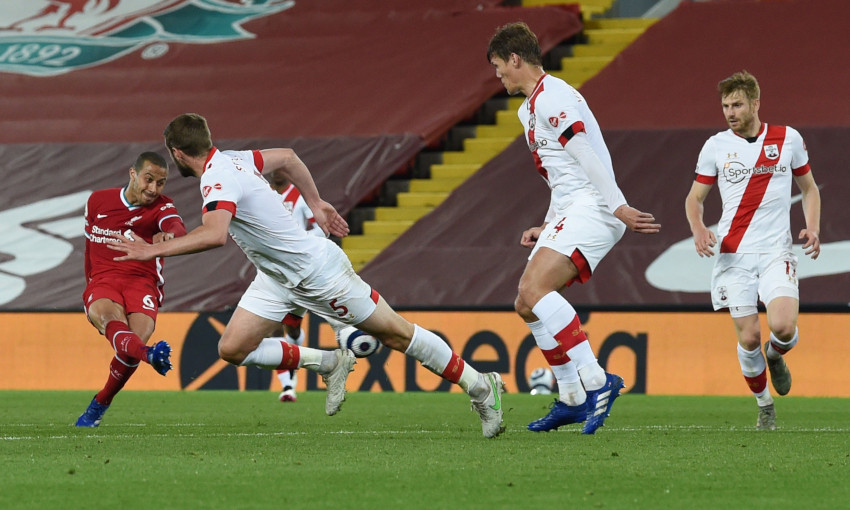 Thiago Alcantara became the 29th player to score his first Premier League goal for Liverpool with a strike from outside the box last weekend.

The Spain international curled in a 90th-minute effort against Southampton to open his Reds account and seal a 2-0 win for Jürgen Klopp’s team.

Thiago followed in the footsteps of 28 others in the Premier League era, including several current teammates, by converting from distance to begin his LFC tally.

See who else did so – and how – in the compilation below.

App users should tap here to load the video.