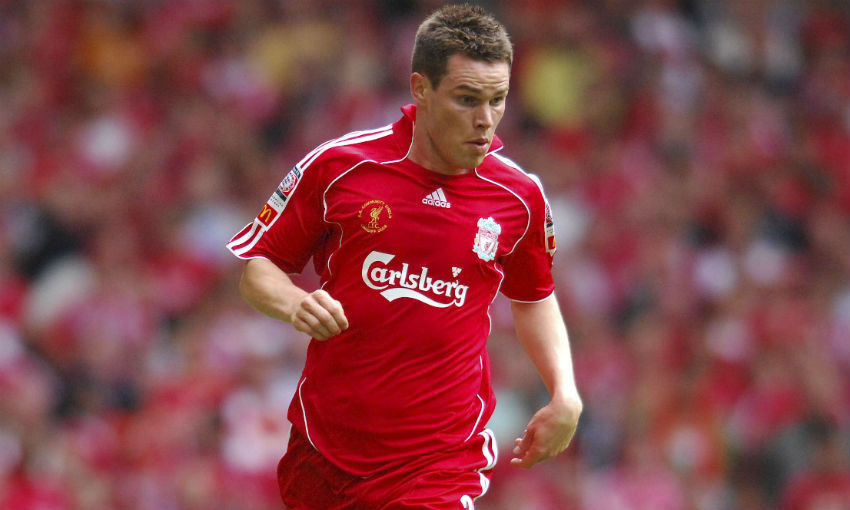 To mark Steve Finnan's 44th birthday, we're republishing a chat with the former Liverpool defender looking back on his time with the Reds.

The club's official magazine tracked down the retired full-back in February 2015 as he agreed to a rare interview.

You can enjoy it below... 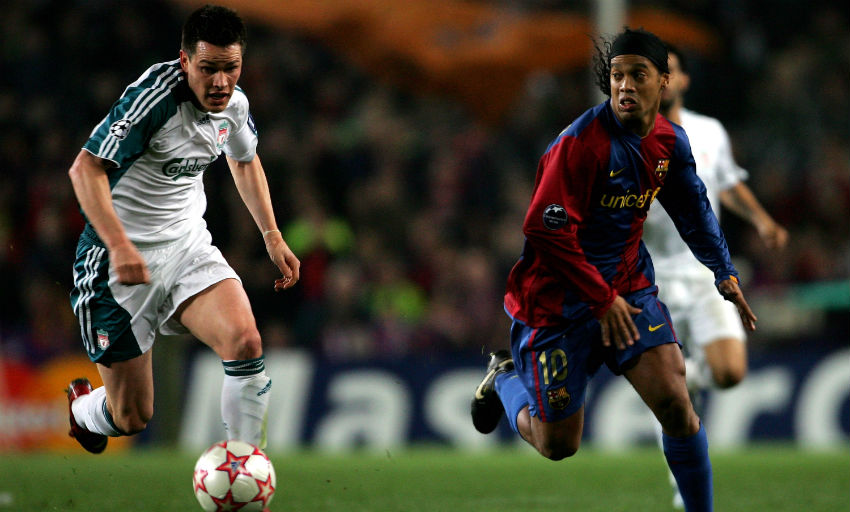 'Started from the bottom, now we're here' are lyrics from the rapper Drake's eponymous 2013 hit.

Those lyrics could have been written for Steve Finnan eight years earlier as he held Ol' Big Ears in Istanbul close to midnight local time.

"I probably did my apprenticeship three or four times over really," he admits.

The right-back used every rung on the ladder to achieve his success. He is the only player to have played at all four levels of English football, plus the Conference, Intertoto Cup, UEFA Cup, Champions League and World Cup.

Not bad for a Limerick lad who was rejected by lower-league clubs at the age of 16.

"I'd have to give credit and praise to myself if only because my situation was a lot different from a lot of footballers," he says. “I was rejected by Wimbledon and Crystal Palace when I was a kid.

“But all I wanted to be was a footballer, so having to go for trials at non-league clubs and then coming all the way through the divisions and eventually coming to Liverpool and making international appearances was a different career.

"But it meant I did well and I wouldn't have had it any other way."

Steve joined Liverpool from Fulham in the summer of 2003 – proving to be a bargain for the level of performances throughout his career in a red shirt.

"The interest from Liverpool came halfway through the season and around January I started hearing they wanted me," he reveals. "I had to play the second half of the campaign knowing that [the Liverpool move] was going to happen.

"As much as I was really enjoying my time at Fulham, Liverpool is such a big club and it was an opportunity that I could never turn down.

"They were professional in everything. I could see they really wanted me and I just felt it was the right move. I couldn't wait for it to happen." 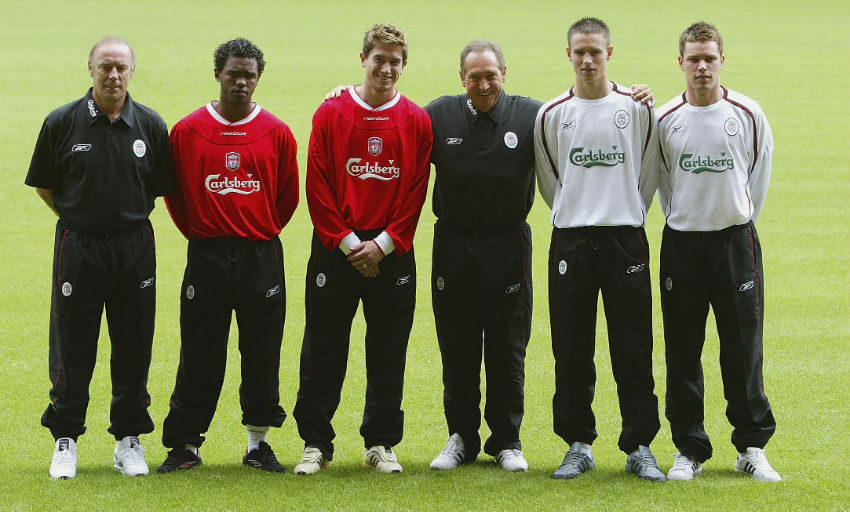 Not everyone at Anfield was as excited as Finnan. The Irish defender's arrival threatened to limit Jamie Carragher's opportunities.

In an interview soon after Steve had signed, Carra said: "There's no point in sulking about it. There's not a lot you can do, except impress the manager in training and in games. Or find out Finnan's address and send the boys round!"

He states: "When I came to Liverpool he was playing in a number of different positions. But most of the time I was there, he was playing centre-back and he would probably say that was his most favoured position and enjoyed it there most. So I probably helped him."

Finnan was certainly appreciated by the Kop and, most importantly, his manager. He played in 99 Premier League games between August 2004 and May 2007 under Rafael Benitez, a boss who often rotated his teams.

"I guess I was one of the fortunate ones," Finnan acknowledges. "He did like to change the side around a bit.

"When I first came in I was a little bit in-and-out of the team and at the end of my last season too. There are going to be those times for every player. But overall he gave me a lot of game time.

"Working under him was enjoyable because the team had success. That was the main thing. Sometimes it was hard. He was a totally different manager to ones that I'd had in the past.

"You could see that he wanted to do everything his way and you had to go along with that. But you can't say that's a negative in any way because he's obviously a great manager who has won trophies, and I think he did get the best out of the team with what he had there.

"I learnt a lot in his training sessions, the matches and the way he prepared. He was very thorough with everything. It was a good spell for the club when you look back." 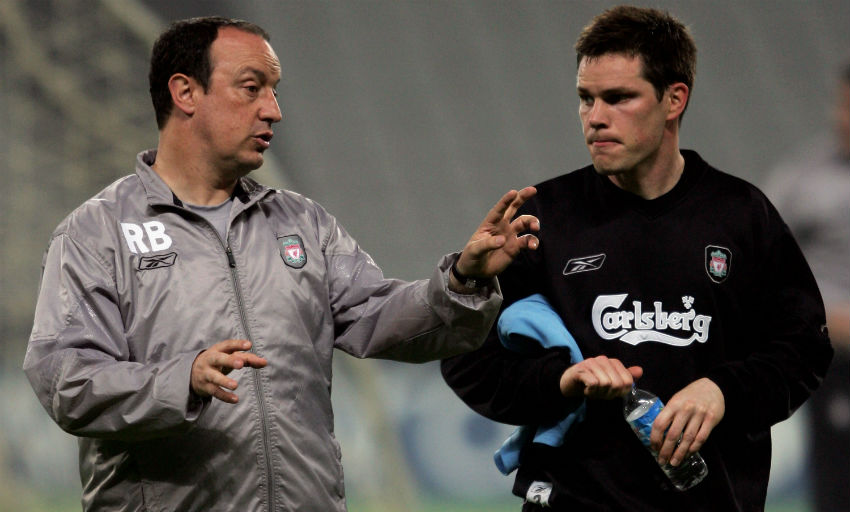 Everyone knew what they would be getting with the No.3 in the side. Speaking in 2006, Benitez said: "Finnan is a player who will always play at a consistent level. He will be seven, eight, nine or even 10 out of 10 every week. Some players find a good level for individual games but don't do the same every week. Finnan does it for a whole season."

Steve continues: "That's what people saw in me, my consistency. I think I preferred it that way, rather than score three or four goals a season and a little up and down form-wise.

"I was never really that flashy a player. I only scored one goal for Liverpool. The role of a full-back has changed a bit since then. It's not always necessary but the teams that play the best football normally have their full-backs almost acting like midfielders in terms of their energy and the way they have to get up and down the pitch. They naturally have to chip in with a few goals."

"It's incredible to think that it's been 10 years," he reflects. "I started against Milan in the final but felt a bit of an injury in the first half. I wanted to stay on and it was disappointing, but it was the right decision because I wouldn't have lasted long.

"I was actually inside the dressing room when I heard the sound of the first goal. You could tell the difference between the fans, so you knew it was us who scored.

"The comeback wasn't something you'd expect with the way the first half went, but it was surreal. That's why I moved to Liverpool." 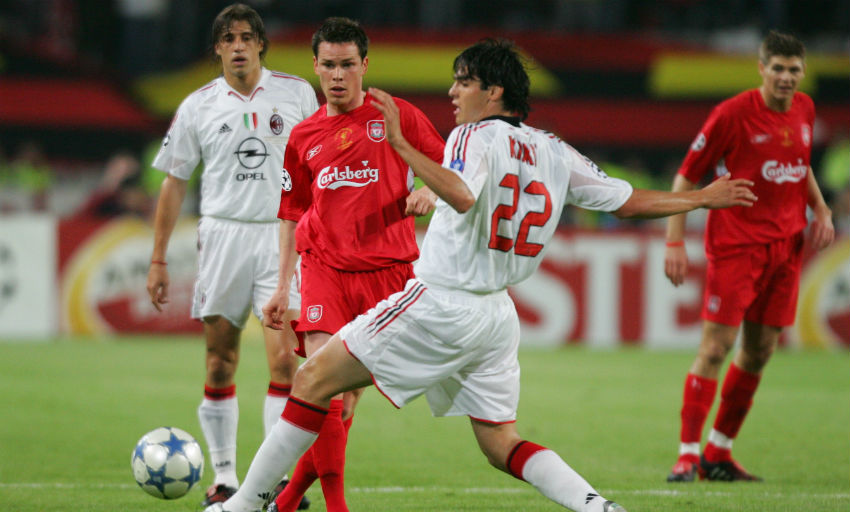 Finnan wouldn't have to wait long to reach that stage again: Athens 2007.

"I guess I was a bit fortunate getting to two finals in my first three seasons in the Champions League," he says. "And that's why I have to give Benitez credit for what he could get out of a team. He was suited to that type of football and knockout competition."

He remembers: "It was a strange ending at Liverpool. It was pre-season at the time and I wasn't really playing in those games, and you're not sure whether the manager is going to want you for that season.

"It was just a shame. The manager mentioned to me, very late in pre-season, that I could move. We're talking a couple of days before the transfer window closes, so it didn't give me much time.

"With Albert Riera coming in from Espanyol, I was put into that deal. It didn't go too well there. In hindsight I probably shouldn't have jumped into a move with a day or two to think about it. I got injured in the first couple of weeks and had to have two operations that year so didn't play too much.

"It was unfortunate because the club was good and living there was fine. It was a nice club and a really nice city. I learnt a bit of Spanish. But then after my injuries, it just became about recovering from that and getting fit."

Steve is now almost five years into retirement and, like Istanbul, he can't believe how fast the time has gone. He now helps run a property business with his brother.

"I'm enjoying it. It's totally different to football as you can imagine," he concludes.

"We started it about 12 years ago, doing little schemes and it's just got bigger and bigger. My brother did all the work while I was playing football and he knows a lot on the building side of things because he used to be in that trade.

"I'd played football since I was 16 until I retired at 34 – that's 18 years pretty much every day being told when to train, when you're travelling, when you're playing and when to eat. You're on a strict schedule all the time and when you don't have that it's something you have to get used to.

"I still watch Liverpool matches. People haven't seen me since I retired – I'm not really interested in being a pundit even if I'd actually get those jobs. I've been to a few games.

"I don't watch all the matches from my other teams but every time Liverpool are on I watch and hope they do well. I'm always going to look out for them."