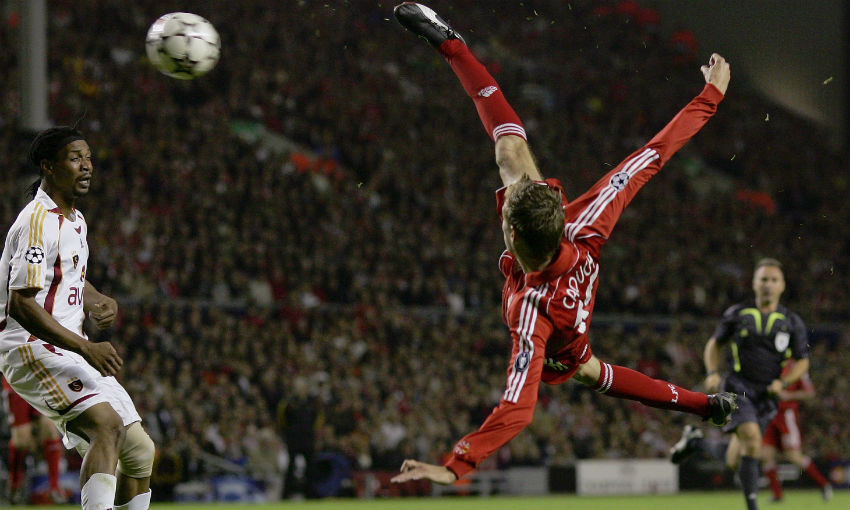 Peter Crouch stunned Anfield with an awesome display of acrobatics against Galatasaray back in September 2006.

The Liverpool striker readjusted his body to meet Steve Finnan's cross flush with a bicycle-kick volley at the Kop end during a 3-2 Champions League win.

Having earlier opened the scoring from close range, Crouch put the Reds three up in the opening stages of the second half with a goal that was last year voted the competition's best ever acrobatic effort.

He repeated the trick four months later, too, netting a near-carbon copy versus Bolton Wanderers.

Goal of the Day: Alvaro Arbeloa's breakaway at Reading