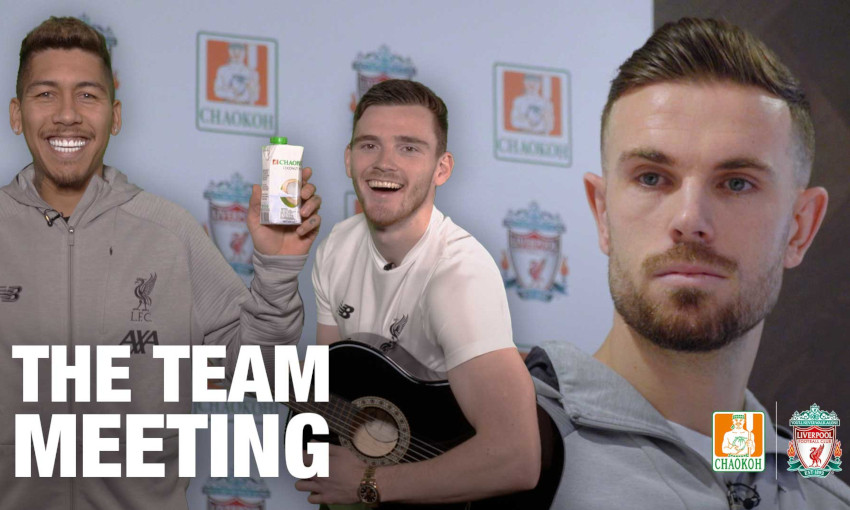 When club partner Chaokoh approached us looking for concepts for a forthcoming content shoot, we had an idea of our own: why don't we let the players decide what they want to do for it?

Led by Jordan Henderson, six members of the first-team squad gathered for a meeting - or, as they termed it, a "content creative session" - at Anfield to discuss potential plans for filming day.

It makes for a must-see, five-minute clip, which you can watch below now courtesy of Chaokoh.