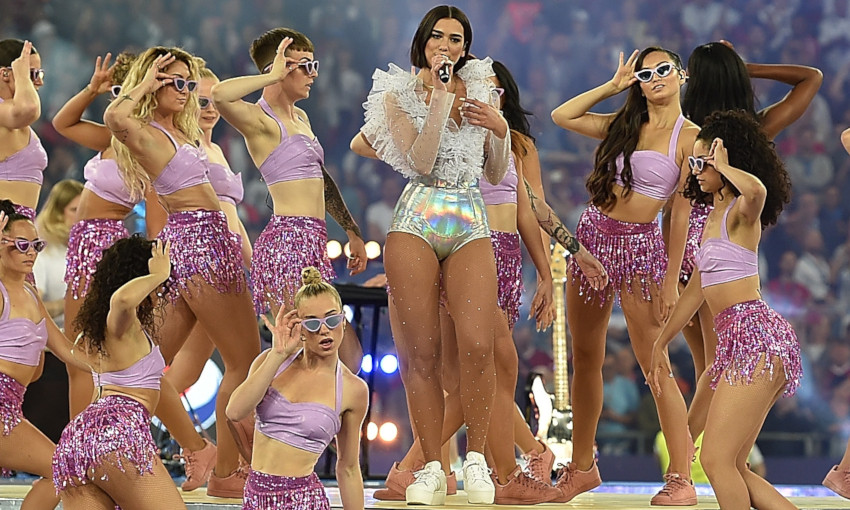 May 26, 2018 and Liverpool were preparing to contest their first Champions League final in 11 years against Real Madrid and the players of both teams were back in their respective dressing rooms, with pre-match warm-ups complete.

As early evening turned to dusk, supporters who’d spent the day in the Ukrainian capital enjoying events in the city’s Shevchenko Park were readying themselves to see the Reds compete for Europe’s biggest prize once again, a range of emotions coursing through their veins.

And then the anticipation, tension, excitement, nerves, all of the above was momentarily broken somewhat as those fans engaged in a pre-match singalong, with a twist.

“One of the highlights of the night was definitely seeing the video of all the Liverpool fans chanting along to One Kiss afterwards,” Dua Lipa tells Liverpoolfc.com after announcing she will perform in the city during her forthcoming world tour in January, 2021. 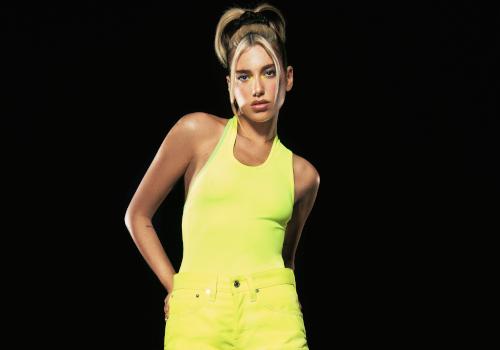 The singer had been confirmed as the artist who’d perform the opening ceremony for the tournament’s finale, but few could have predicted what was to happen as she took to the elaborate stage erected inside the pitch’s centre circle.

Dua’s opening track of her pre-match set was One Kiss – an upbeat, catchy anthem with Calvin Harris that had been released a little over a month prior to the final in Kiev, went to No.1 in the UK charts soon after and remained there well into June – the longest run at top spot for a female artist this century.

And as a banner depicting Steven Gerrard kissing the Champions League trophy next to one of the song’s lines hung in the Liverpool supporters’ section of the stadium, thousands of fans joined her in belting out its lyrics.

“I had never played a show of that size before,” she recalls, more than 20 months on. “I don’t think I have since!

“I get really nervous before I perform anywhere, let alone the Champions League final. I remember standing at the side of the pitch with my palms sweating waiting to run on and get into position.

“I was so full of adrenaline it was over very quickly and I remember running off the pitch at the end with two of my tour dancers.

“I was very lucky to have the support of people back home right there in the stadium in Kiev. I’m still shocked when watching it back seeing all these fans singing along to my song!

Ultimately, Liverpool’s night would end in disappointment as they were defeated 3-1 by Real, but in the days that followed footage of fans singing One Kiss became viral, racking up hundreds of thousands of views on social media.

For many Reds supporters, though saddened by a dream of a sixth European Cup ended, Kiev represented the start of a journey and not the end.

And so it would prove.

Twelve months later, after a 97-point Premier League season, Jürgen Klopp’s side got their hands on the Champions League in Madrid, hoisting it aloft after beating Tottenham Hotspur in the showpiece.

The UEFA Super Cup and FIFA Club World Cup have since been added to Anfield’s trophy cabinet, while the Reds have posted remarkable figures to date in this season’s league title quest.

Much like Liverpool, Dua Lipa has also been busy collecting trophies and achieving accolades – not least, with more than 6.3 billion streams on Spotify, the 24-year-old’s debut self-titled album is the most streamed by a female artist in history.

“It actually feels like quite a long time ago now that I was performing in Kiev,” says Dua. “After the Champions League final, I finished off touring the album around the world. We tallied it up and worked out that we played 285 shows for the first album!

“I tried to take some time off to write my second album but was still doing shows and promo here and there. In 2019 I performed One Kiss at the Brits with Calvin Harris, won my third Brit award and two Grammys!” 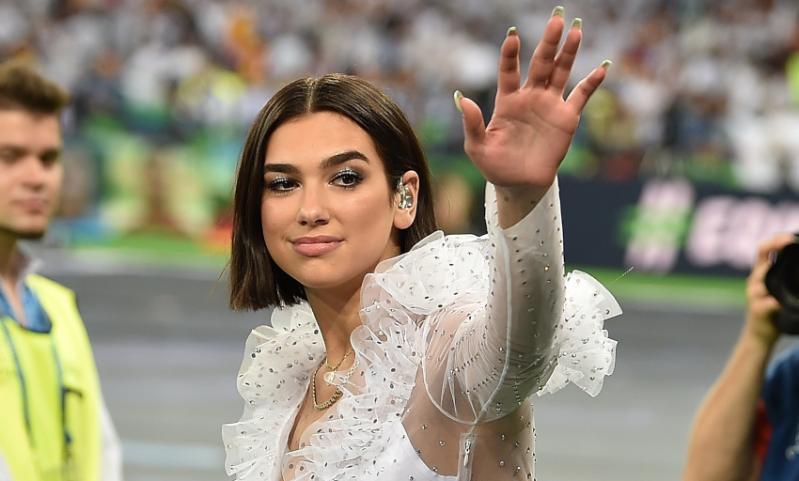 In April, she will release that sophomore album – Future Nostalgia – and then embark upon a world tour of the same name, which will include a stop in Liverpool at the city’s waterfront arena next January.

“At the end of last year I started my new album campaign with the first single Don’t Start Now. I was so nervous in the lead-up to the launch, I was feeling a lot of pressure but it was an amazing feeling when it was all out there.

“I’m super excited and very nervous [about what 2020 holds]. My album will be out in just over a month, I can’t believe it.

“I’ve already started rehearsing for the forthcoming world tour and we’ve really pulled out all the stops to put together the best show possible. I’m trying to take each day as it comes so I don’t get overwhelmed by all the work that lies ahead. But I’m so happy with how my new music is being received and can’t wait to get out on the road and perform it for all my fans.”

Dua doesn’t quite profess to becoming a football fan since that night in Kiev; nevertheless, aware of how fondly those scenes are remembered, she is eager to take in a game at Anfield in the near future.

"I'll definitely come to a game some time,” she tells us. “My dad, who is a big Arsenal fan but has a soft spot for Liverpool, and my manager Ben, who is a big Liverpool fan, are working out when that can be.

“I’m so happy Liverpool are doing well this year and I’m looking forward to a party in May in Liverpool!"

For more information on Dua Lipa’s Future Nostalgia album and world tour, including details of her date in Liverpool, click here.